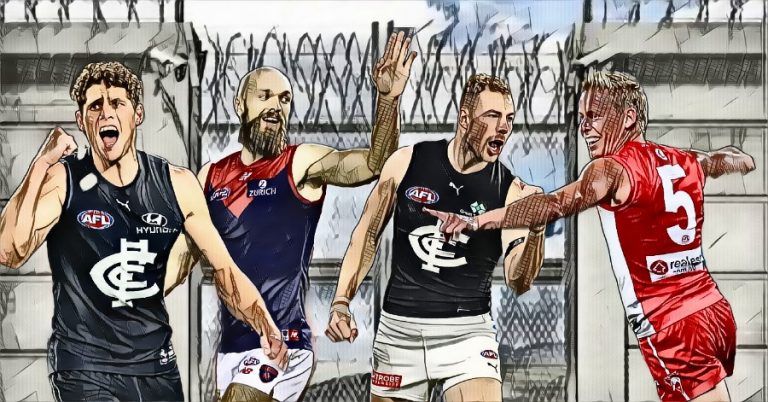 The Get out of Jail Marks – R14 Results and Leaders

With Max Gawn on the sidelines, the door remains open for someone to barge on through and take the lead over the next few weeks.

Who will it be?

Here are the players that took the big “GooJ” marks in Round 14, and our overall leaderboard.

Paywall… what a pain, right? Well, it is how we survive and keep the page clean of gambling ads. Yeah, that’s right – we don’t just talk about how bad they are, we just don’t accept their coin. This article is the sixth of five – maybe six members’ articles this week (shorter week). Yep, the sixth of five – great stuff, me. You can access this, additional exclusive columns, and get the game reviews from HB earlier than everyone else by becoming a Mongrel Member. Plus, you help us grow.