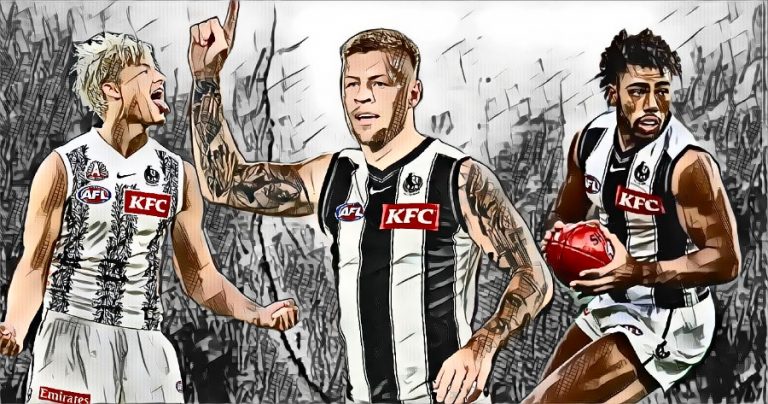 Trial By Media – Ginnivan, Quaynor, de Goey, and the Pies

There has been something that has been troubling me lately.

Well, not just lately – really, it was one of the reasons I started The Mongrel Punt in the first place. In short, a lot of the AFL Media at the moment absolutely stinks. That’s about as succinct as I can be in regard to the way journalists and personalities clamour all over each other to break stories and really don’t bother to get the facts right before doing it.

Sure, they can make adjustments once the story is broken, but for some, even when facts are presented, they are far too invested in the narrative they created to adjust their take and would rather maintain their stance while more details emerge. Then, they seem to go quiet on the matter – minimal follow-up, no retractions. They dig themselves a hole and they just keep digging – until they’re out of sight.

The recent decision from Collingwood Football Club to hand Jordan de Goey a suspended fine for $25,000 drew the ire of the talking heads in the media, at large. Regardless of where you sit on the issue, it was painfully obvious that the media were barracking for the story – not the facts.