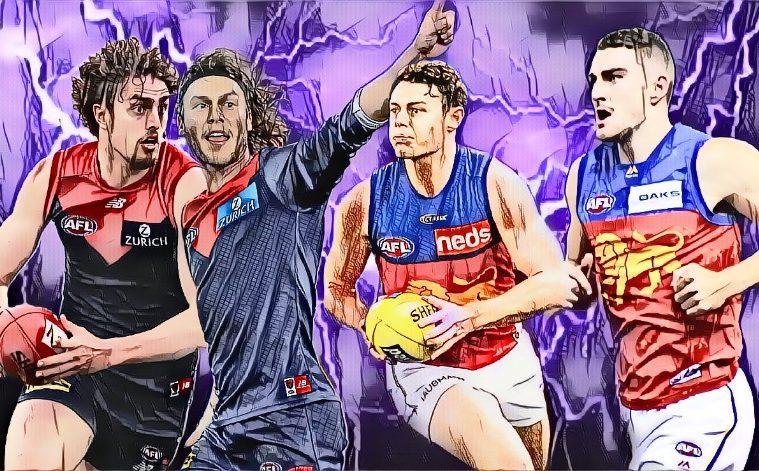 This is a massive week in footy in general.

Outside of all the extra-curricular stuff, which tends to get people fired up, there are some very, very enticing games taking place, and none are bigger than a genuine Thursday Night Special, as the defending champion Melbourne Demons welcome the challengers touted as the most likely to unseat them this year, the Brisbane Lions.

The Dees come into this game riding a three-game losing streak; something that seemed miles away a month ago as they cruised through the first ten rounds of the season.

The Lions have been cruising along rather quietly, picking up wins over Port Adelaide, Essendon, and North Melbourne after falling over against the Cats at Kardinia Park.

But is it just a matter of form coming into the game?

Some have speculated that teams on top often have periods where things slow down during the season en route to the ultimate goal. A quick check of the records of recent premiership records will indicate that this happens more than you’d think – is this where the Demons are at now, or does four losses in a row suddenly make things seem a lot worse?

I’ve got a heap to explore in this one, so join me for our extended preview of the top-of-the-ladder showdown between the Dees and the Lions. It should be a banger!

Paywall… what a pain, right? Well, it is how we survive and keep the page clean of gambling ads. Yeah, that’s right – we don’t just talk about how bad they are, we just don’t accept their coin. This article is the fifth of five – maybe six members’ articles this week (shorter week). You can access this, additional exclusive columns, and get the game reviews from HB earlier than everyone else by becoming a Mongrel Member. Plus, you help us grow.