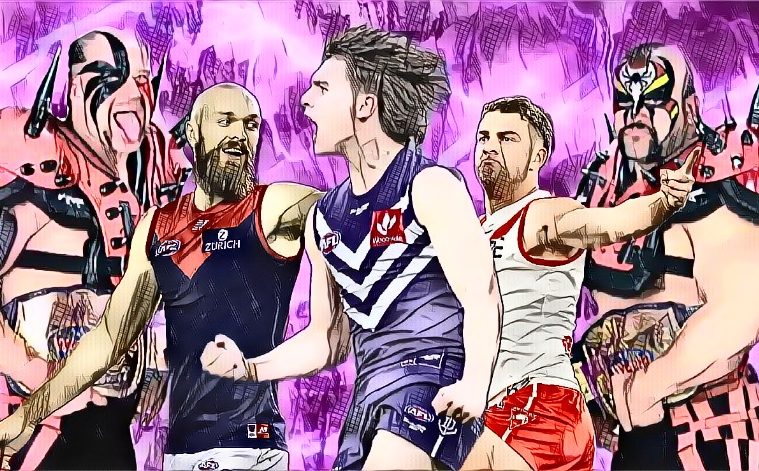 The Road Warrior Ladder – Round 12

Despite a huge road win from the Swans, the Dockers have the body of work to retain the top spot following Round 12.

THE ROAD WARRIOR LADDER AFTER ROUND 12

Just two movers for the second week in a row, with the Swans moving to within two points of the league-leading Dockers.

It is a logjam from second through to fifth, with Brisbane, Sydney, Melbourne, and St Kilda locked on 14 points apiece. Of those teams, only the Saints have an upcoming away game to play, which could see them jump to the top.

RICHMOND heads to South Australia to take on Port

HAWTHORN head to Optus Stadium to face the Dockers

Wrestling note of the week – One of the most famous matches of all-time was the Wrestlemania 3 main event, pitting Hulk Hogan against Andre the Giant. However, in the lead up to the clash, Andre’s physical deterioration was such an issue that the WWF/E were unsure as to whether he would be able to work the match.

By this stage of life, Andre was clearly struggling to get around and the federation deemed it necessary to have a backup plan should the Giant be unable to perform. Paul Orndorff was that backup plan, having feuded with Hogan in the months prior, legitimately injuring his shoulder/arm in the process.

Orndorff was not required, with Andre fronting up, doing the work and giving Hogan the okay to bodyslam him late in the match which remains one of the most iconic Wrestlemania moments of all time.