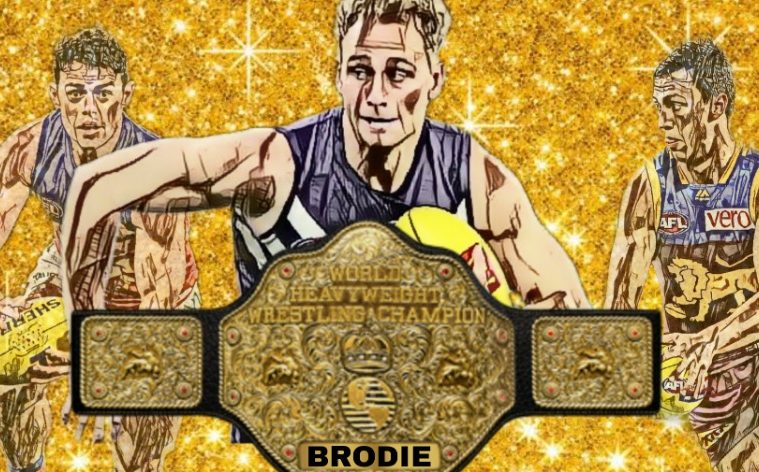 A funny thing happens when your team loses…

The title is placed in serious jeopardy.

All season long, Christian Petracca has cruised through title defence after title defence. Whilst his own performance saw off multiple challengers, his team had his back. The fact you can only lose the title when your team loses gave Petracca a hand on the seldom occasion he needed it.

And then, suddenly, the hand wasn’t there, anymore.

In defence number 15, the mighty finally fell and a new champion was crowned.

All hail, a man who was the most unlikely of Mongrel Midfield Champions, who now sits with the belt draped over his shoulder.

The individual win has to be comprehensive. If a challenger has 26 touches and a goal and the champ has something similar, we call it a draw and the champ gets the benefit of the doubt to retain the title. You either win decisively, or you don’t win at all.

The Mongrel Punt Midfielder Championship Belt is a column for our Mongrel Members.  They also get five other exclusive columns per week as well as access to HB’s game reviews early. Wanna join them and support the best damn independent footy site you’ll find?