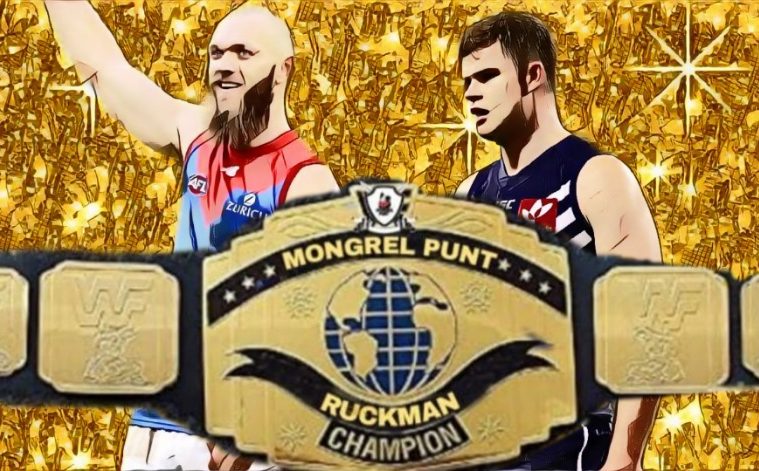 Max Gawn entered the 2022 AFL season with the Mongrel Punt Ruckman Championship Belt around his waist, having vanquished Tim English and Stef Martin in the decider for his fourth-straight successful title defence. Over the first ten rounds of the season, the undefeated Demons have helped Gawn protect his title, but finally… finally, it seems as though a worthy challenger has emerged.

This content is for our paid members. It is another column in the rotation for them. Just the lazy 9K words in this now. Up front, I do the work for our members – always. Want to join us?