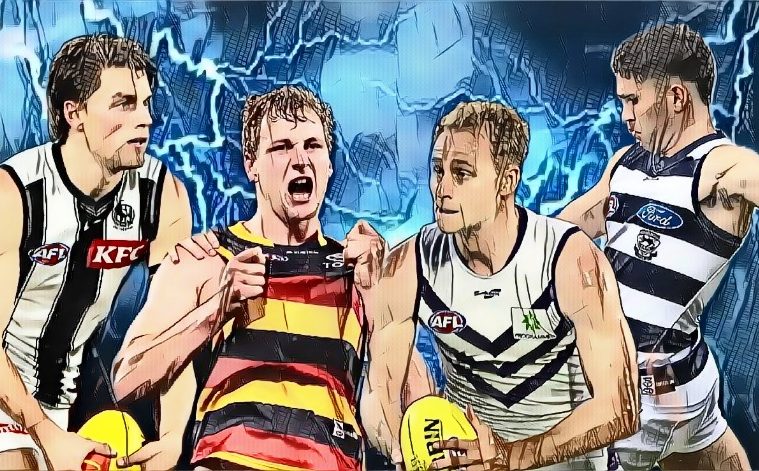 Recruit of the Year – Round Eight

One leader is a discard – an unrequired player who could not get a look in at his former team. His co-leader was highly sought-after and entered the 2022 season as the frontrunner for recruit of the year.

After eight rounds, they’re locked together at the top, battling it out for supremacy.

Paywall… what a pain, right? Well, it is how we survive and keep the page clean of gambling ads. Yeah, that’s right – we don’t just talk about how bad they are, we just don’t accept their coin. This article is the third of six… maybe seven members’ articles this week. You can access this, additional exclusive columns, and get the game reviews from HB earlier than everyone else by becoming a Mongrel Member. Plus, you help us grow.