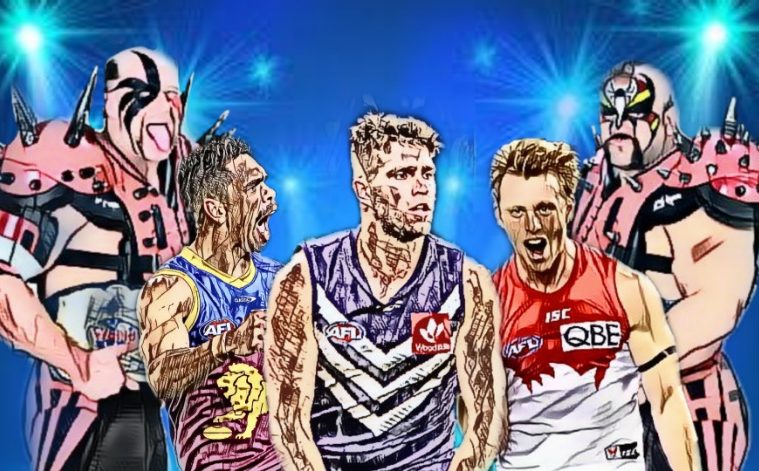 The Road Warrior Ladder – Round Eight

With eight games having the capacity for teams to make a move on the Road Warrior Ladder, we should have known that this would be the weekend where most home teams got over the line, right?

However, that didn’t stop a couple of road teams getting up in enemy territory and capitalising on the failures of others.

THE ROAD WARRIOR LADDER AFTER ROUND EIGHT

The top teams stalled this week, with Freo, Sydney, and Brisbane all having home games allocated.

The only two teams to make a move were Geelong, who picked up a big win Canberra over the Giants, and Gold Coast who shocked/not shocked the Swans by beating them at the SCG again. If I were a betting man, this game would have really piqued my interest, as the Suns have a great SCG record, and once again managed to carve up the Swans on their home deck.

PORT ADELAIDE head to Blundstone Arena to face the Kangaroos

ESSENDON head to the SCG to take on the Swans… keep your eye on this game. Sydney have not looked great at the SCG this year. This is the Bombers’ first game outside Victoria this season.

FREMANTLE journeys to Metricon Stadium to play the Suns

CARLTON leave Victoria for the third time, to play the Giants

And finally, MELBOURNE cross the country to face the Eagles

GEELONG head up the highway to Marvel to play St Kilda

Co-tenants Hawthorn and Richmond battle at the MCG, and Collingwood, for some reason, play the Dogs at Marvel. None of these teams can pick up any Road Warrior points.

Wrestling note of the week – Road Warrior Hawk used to get so in the zone that he would not listen when he was in the ring and kind of run his own race. He and his partner, Animal, used to wear these spiked leather shoulder pads, and one day, as he was being introduced, he climbed the turnbuckle in the corner to look at the crowd…

… and almost took the eye out of the announcer standing there.

Apparently Hawk was oblivious to it when it occurred but was beside himself when he realised backstage.