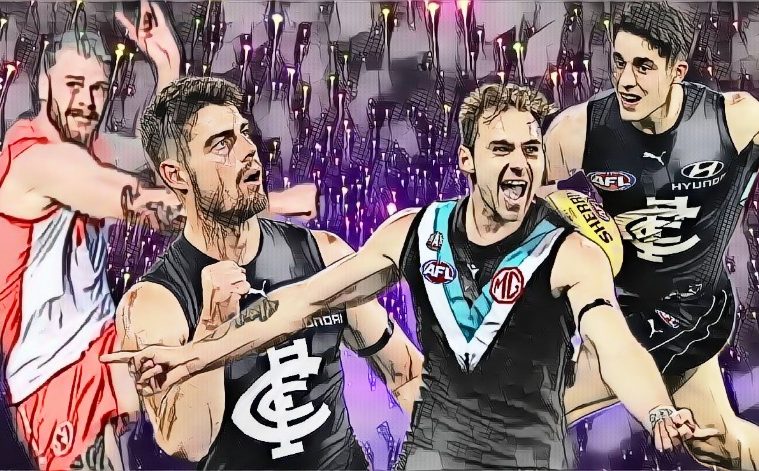 I’m kind of glad I held off doing the Recruits Ladder until the last moment this week, with the word coming through that George Hewett won’t be lining up for the Blues in Round Seven. I don’t know about you guys, but to me, this is significant news, as his season to date has been utterly spectacular.

In terms of our Recruits Ladder, it means that unless there is some freakish lull in performance by the two blokes hot on his tail, we’ll have a new leader by the time we crunch the numbers for the Round Seven version of this article. Until then, we have Round Six and the leaderboard to get our heads around…

Uh oh… paywall. This is how our site survives, and I am extremely grateful to our members for supporting our work. This is the sixth members’ article for the week. Yep, one, two, three, four, five, SIX members articles this week – I do the work for our members – always. Want to join us?