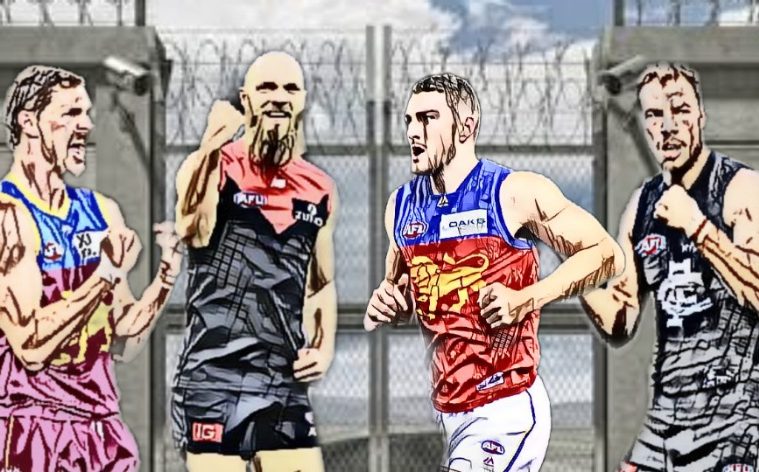 The Get out of Jail Marks – Round Five

Following Round Five, and with some games played with a bit of rain about, the players with the best hands in the league found the big “Get out of Jail” marks a little harder to come by.

There were no players clunking four big grabs to bail their teams out of trouble this week, but there were a couple of huge moments that saw GooJ marks play a pivotal role in the outcomes of contests.

Want an example of how important a GooJ mark is in the contest of a close game? Flashback to the dying moments of the Port Adelaide v Carlton game. After missing a shot at goal, Port had one more chance to get the ball back inside 5 and snatch a goal for the win – they’d done that before against the Blues, and you just know that Robbie Gray was lurking with intent had the ball turned over at half-back for the Blues.

When the Blues needed someone to come down the ground, provide the big marking option, and clunk the mark to bail them out, it was Big Harry delivering. His GooJ mark iced the game for the Blues, taking valuable seconds off the clock and relieving the mounting pressure. That mark, right there, was as important as any mark over the course of the weekend – that is the value of the GooJ mark, and that is why it is underrated as a stat everywhere else but here.