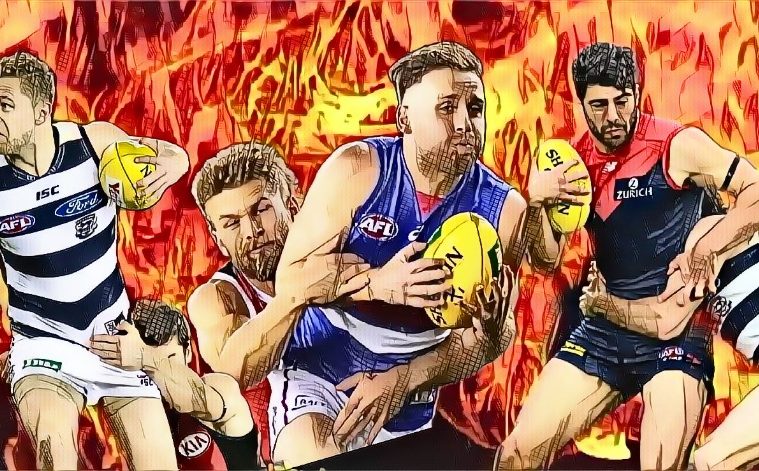 It’s one of the best things about going to the footy. Aside from cold chips, warm beer, the drunk guy who goes off and declares his team unbeatable in the first quarter (hello Carlton fans), and the giant lines for the women’s toilets – I see them, and thank the Lord I am a man, there is something satisfying about screaming “baaaaalllllll” as a player on your team drags an opposition bloke to the ground and is rewarded with a free-kick.

There is almost a sense of primitive bloodlust satisfied in those moments – almost as though you’re at the Colisseum barracking for the Lions to devour the Christians.

However, as seems to be the case more often than not these days, it is also frustrating to see tackles go unrewarded. Sadly, after the AFL announced it was tightening the parameters around tackling, which should have seen good tackles rewarded more often, they seem to have reverted to the way the game has been umpired in seasons past – meaning that they have no bloody idea how to apply their own rules. And we have evidence of this over the first eight games of this round.