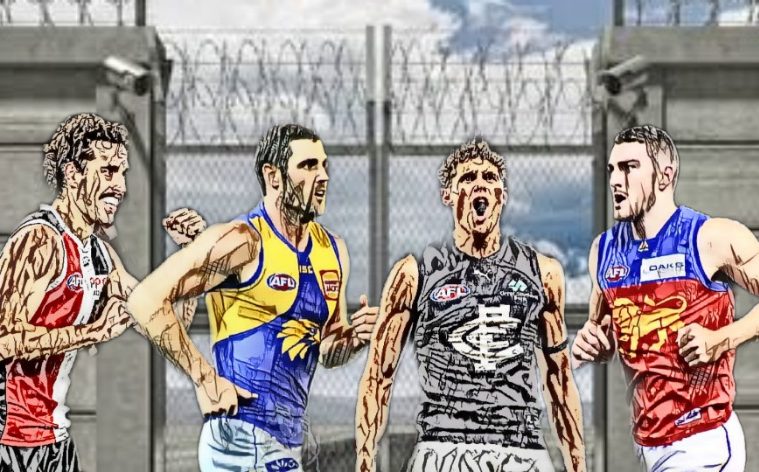 The Get out of Jail Marks – Round Four Results and Leaders

With Round Four done and dusted, and Round Five just a few days away, we have an outright leader when it comes to the “Get out of Jail” marks in the AFL, and another who just set the record (albeit within a very small sample size) for the most “GooJ” marks in a single game..

I pictured Max Gawn, who is consistently targeted by the Demons as their ‘get out of jail’ option sitting atop the rankings. I pictured Matt Taberner, with his strong hands right up the top, as well. However, despite Gawn being the number one targeted man as the GooJ option out of defence or down the line, clunking grabs has not been his forte thus far in 2022, though he did show signs of life in Round Four. And with Matt Taberner battling injury early in the year, I have been forced to re-evaluate.

This season, we commenced a new stats column at The Mongrel Punt, focusing on the players who take the big relieving grabs. They don’t all have to be contested, but they are the clunks down the line or as a team exits defensive fifty that tend to open the game up. I call them Get out of Jail marks, of ‘GooJ’ marks, for short, and whilst I don’t think it is something that will be widely picked up, it is a stat that is underrated in terms of the value it gives a team.

My plan is to chart the best exponents of this aspect of the game all season, with the intention of identifying the players that give their teams the best possible avenue to exit defensive fifty, clunk grabs to relieve the pressure, and work the ball down the ground when short passing avenues are closed off.

Here are the players that took the big “GooJ” marks in Round Four, and our overall leaderboard.