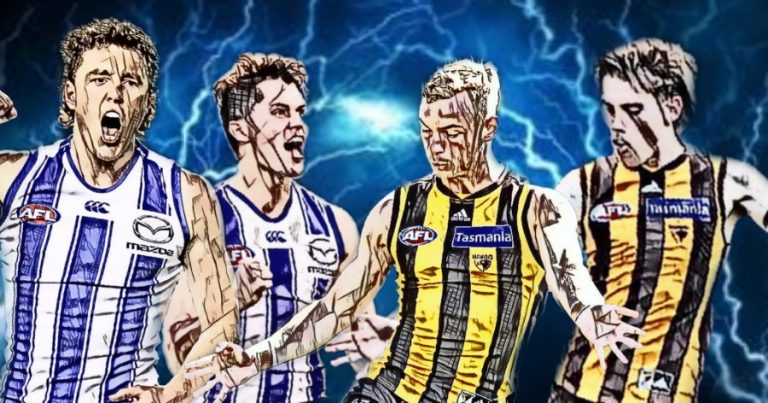 It’s been a long offseason, complete with controversies, shocks, and a distinct lack of Steele Sidebottom being found half-naked, wandering the streets. Start of the 2022 AFL season is in sight, with just five days remaining until the first bounce at the time of writing.

Whilst everyone will be drawn to the marquee rematch, pitting the Grand Finalists against each other, and the Blues trying once again to overcome the Tigers in their now-traditional Thursday night time slot, there is one game I fear that will fly under the radar.

The North Melbourne versus Hawthorn clash will be disregarded by many as two struggling teams drawing each other in the first week of the season. One of them will get a good start to the year and one will have to face the reality that they are a fair way off the pace.

But there is more to this than just one team receiving four points and a bit of confidence. I don’t like reading too much into one result, but for teams expected to inhabit the bottom half of the ladder in 2022, this game could well dictate whether they’re headed in the right direction, or down a dark path.

With that in mind, a deeper look at these two sides is required to understand the gravity of their upcoming Round One clash.

This is a standalone article for our members. During the season, they will get at least one of these weekly, plus access to weekly Wingman of the Year Rankings, The Midfield Championship Belt Update, Weekly Recruit of the Year Award and more. It’s the value of Mongrel Membership. The Mongrel does the work… always. Want to join us?