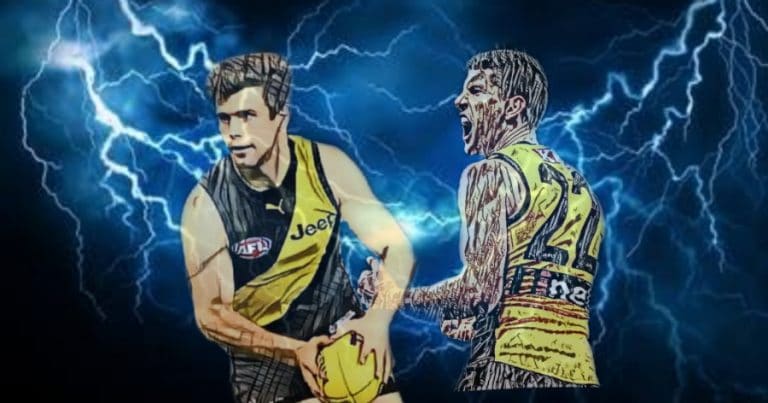 In a nice initiative by the AFL, Hawthorn and Richmond, this game was played in Devonport with the emphasis on raising funds for the families impacted by the tragedy at Hillcrest late last year that saw six children lose their lives.

You can read more about how to donate here. https://www.devonport.tas.gov.au/hillcrest-community-public-fund-launched/

The Tigers were a cut above Hawthorn in the opening quarter in what looms as a great sign for the resurgent Richmond and a huge worry for the struggling Hawks. A seven-goal opener saw Richmond lead by five goals at quarter-time and from that point, the game seemed to be out of reach for the Hawks.

The Tigers moved the footy with brutal efficiency and found inside 50 entries a much easier task than their opponents as they switched with ease and found space on the wide wings. In the end, it was Richmond in cruise control, running out 25-point winners in Tassie.

Here’s The Mongrel’s in-depth look at what we saw.