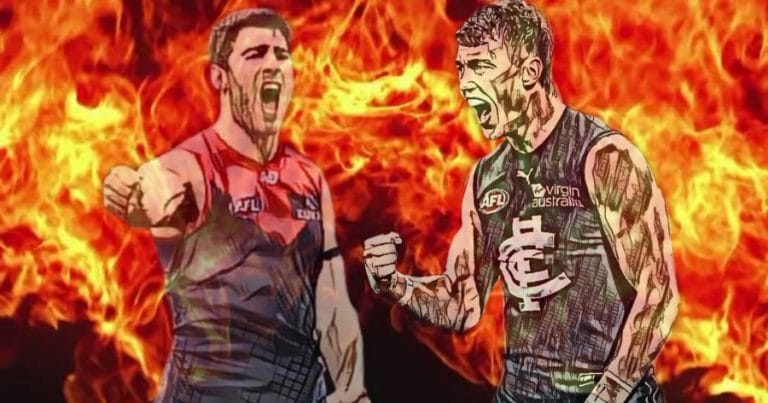 The Dees and Blues kicked off the 2022 AAMI Series with a game that looked well and truly over at halftime before the Dees came back hard in the last quarter to get within a kick.

The Blues’ midfield was outstanding, with new faces making an impact, a disappointing player demonstrating that he still has the potential to be a real player in this game, and a dominant clearance beast returning to his best.

For the Dees, Bayley Fritsch continued to find ways to snag goals and probably could have kicked them to a win, missing a couple of late ones in general play.

Anyway, enough of the preamble – I know what you’re here for. This is the way it played out, and these are the standout performers, disappointing efforts, and key positional changes that could shape the season for these clubs.