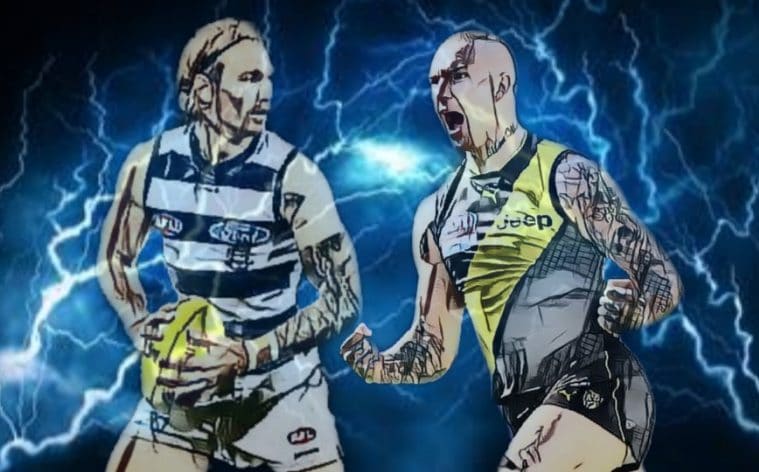 Several games in this round of trial games have been blowouts. That was anything but the case as the Cats and Tigers tangled in a high-quality hitout at Kardinia Park.

Watching this game, you cannot help but get the feeling the names of this club will be mentioned many times along the way during the 2022 season as we start to discuss finals. With the stars on display and the big forwards giving the crowd something to cheer about, the momentum switched between the two teams all game, with the Tigers emerging victorious after four quarters by three goals.

In terms of standard, this was the game of the first week of preseason games and not by a short margin.

Here at The Mongrel, I like to give games like this, which actually mean a little more than you’d think, the attention they deserve. Here are the talking points from the Geelong v Richmond clash.