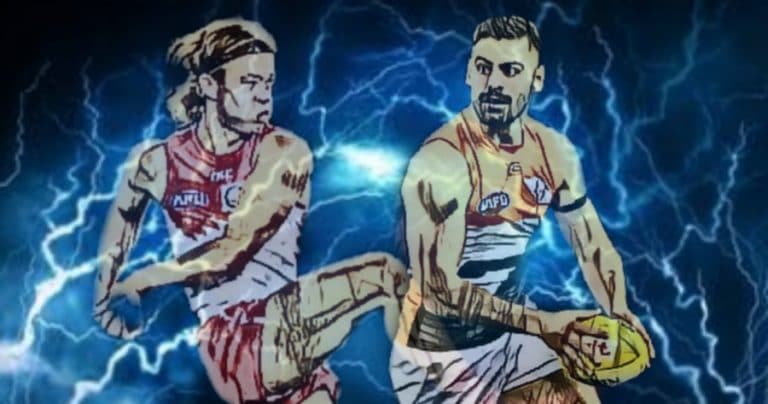 The Swans and Giants renewed hostilities as part of the AFL trial series as both teams headed to Albury to strut their stuff.

Though the game actually took place over six quarters, the last two were little more than a training run for players who needed a bit more run in their legs, and others who were not in the best 23. The real action took place in the first four quarters and there was plenty to like from both sides.

As always, you may get the gist of what happened from the AFL website or from some bozo who pumped out 200 words and barely watched. You won’t get that here. Hopefully, our effort won’t be even worse – haha.

Anyway, if you know The Mongrel, you know what to expect. Here is our review of the first four quarters of the Swans and the Giants.