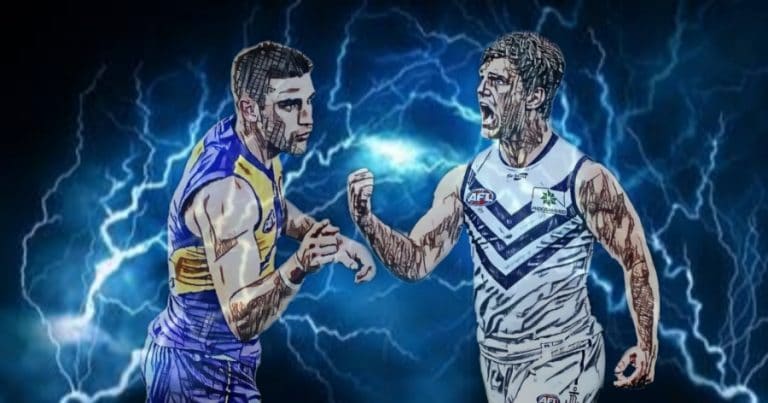 Things went from bad to worse for West Coast as Fremantle put them to the sword in their trial game on Friday.

Already without Shuey, Darling and Allen, West Coast lost Don Sheed and Campbell Chesser with ankle injuries in the first quarter, and then saw Eliot Yeo limp off with a similar issue just before halftime.

If the Dockers smelt blood prior to that, they went into a feeding frenzy as the Eagles hobbled around. The ball movement and rebound of Freo made West Coast look lethargic, and their ability to be the first to the fall of the ball time and time again spoke of a team that is ready to fire in 2022.

As always, the Mongrel dives deep with analysis of the game. Here is our review of the crushing Fremantle win, focusing on those who starred, those who failed, and the moves that made the biggest difference.