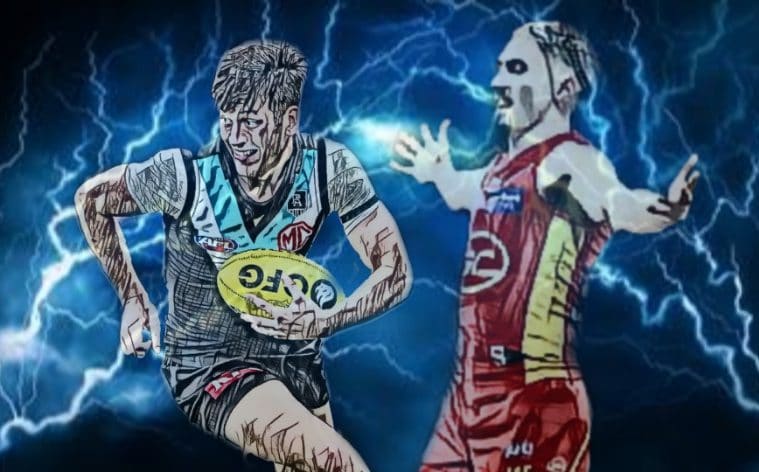 The Power and the Suns tangled at Metricon Stadium in their trial game prior to the AAMI Series game… which is also a trial.

The Suns jumped Port, who were unable to bridge the gap, with the pressure of the Gold Coast team too much around stoppages and their run and spread stretching a Power side that looked slow.

To add injury to insult, Port look like they’ll lose Sam Powell-Pepper, who started brightly. He pulled up short in a contest in the second quarter, clutching at his left hamstring. Scott Lycett also left the field and didn’t return – a left ankle looking like the issue, there.

Were the Suns that good? Were the Power that bad? Who impressed? And who was bad enough to make you depressed?

The Mongrel has all the details and a heap of observations in the review of the Gold Coast’s win.