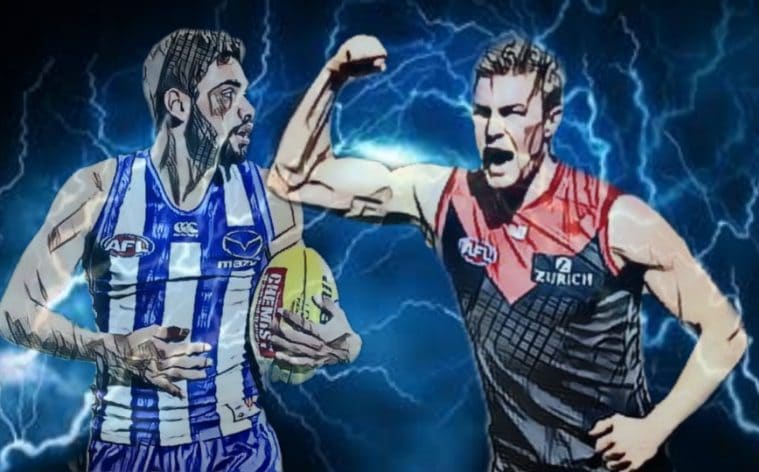 Well, when you schedule a preseason game pitting the reigning premiers against the team that won the wooden spoon, you can kind of guess what’s going to happen, right?

Still, North Melbourne headed out to Casey to take on the champs, hoping to show a significant improvement on their 2021 form. It may not have been the best for the confidence of the North Melbourne team, but they will have emerged from this clash with a decent understanding of how far there is to climb.

For the Dees, this was a team flexing their muscles, with the midfield dominant, the defence on top of their game, and a forward line firing on all cylinders. It was pretty bloody impressive.

As always at The Mongrel, we like to have a look a bit deeper than the cursory attention the media will pay to these teams. What worked? What didn’t? And what was different from last season?

Let’s jump into our review.