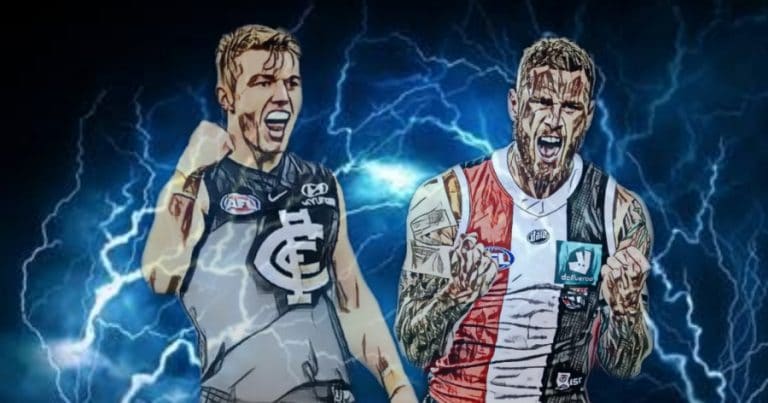 In the first game of the year against genuine opposition, the Blues and Saints battled it out at Ikon Park in a contest of swinging momentum.

If you have a look at the quarter-by-quarter scores in this one, it may appear that there was a wind blowing toward the Legends Stand end, with the bulk of the scoring occurring up there, but there was little breeze to speak of and it was as though the teams swapped jumpers at quarter time in terms of game style.

The Saints went in without a genuine ruckman, with both Paddy Ryder and Rowan Marshall unavailable, and were also missing Dougal Howard, whilst the Blues were forced to front up without Coleman Medallist, Harry McKay, and the emerging superstar, Sam Walsh.

How did the teams compensate? What positional changes were trialled, and who were the standouts… and stand-downs of the game? That’s what the Mongrel is here for. Unlike other reviews and articles, we like to dive a little deeper.

All preseason game reviews will be for members only. They will NOT be opened up to all after 24 hours like the home and away games. It’s the value of Mongrel Membership. The Mongrel does the work… always. Want to join us?