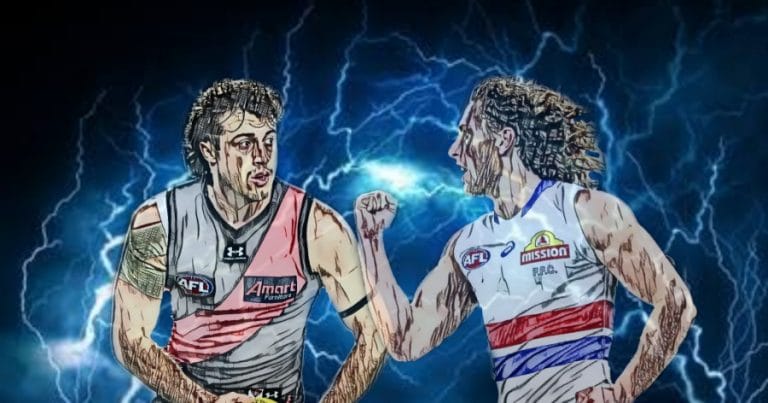 The first competitive preseason game of 2022 saw the Dogs visit the Hangar in Tullamarine to take on the Bombers.

Melbourne did its part, turning on the weather and with a bit of cloud cover, I won’t say conditions were perfect for footy, but they were good enough to see two sides with big plans for 2022 strut their stuff.

The Bombers were still without Jake Stringer, who will play no preseason games as he recovers from a groin complaint, and though he is back at the club, Anthony McDonald-Tipungwuti is a while off being match-fit just yet.

The Dogs were missing Bailey Smith and Alex Keath – both very important players in the scheme of things at the Whitten Oval.

There were some genuine highlights, a few lowlights, and players performing in new roles. How’d they go in the heat of battle? Well, that’s what I am here for – here’s The Mongrel’s review of the Dogs and Bombers.