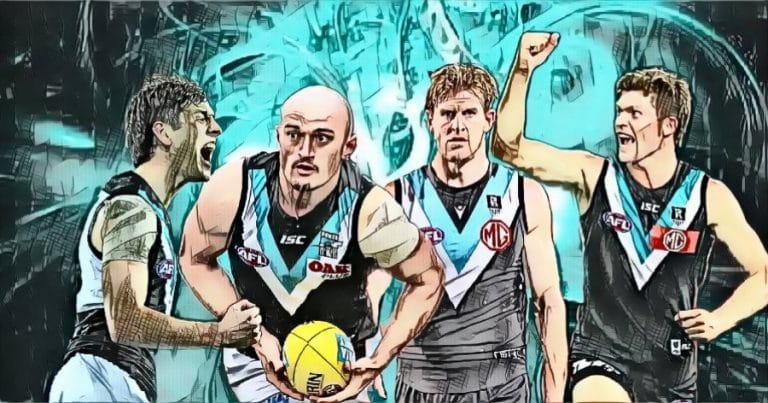 The Port Adelaide intraclub match was always going to be worth a watch. Ken Hinkley has been known to pick players on form, and with close to a full list to choose from, the Round One team is going to be decided in games just like this.

Rookies were on display, competing forwards were battling for an upper hand, and newcomers were intent on making a splash.

In a value-add for our members, The Mongrel cast his eye over this game to see what the fuss was about and came away with a few kernels of knowledge as to how Port shapes up heading into the practice matches.

This game was set up with the black team playing with a stacked team against a weaker white side. This permitted those settled into their roles in the senior side to get quality game time with each other, whilst also allowing those wearing white to show they could mix it with the best the club had to offer.

It was an interesting way of setting up, but it seemed to bring out the best in a couple of players. Maybe that was the whole point.