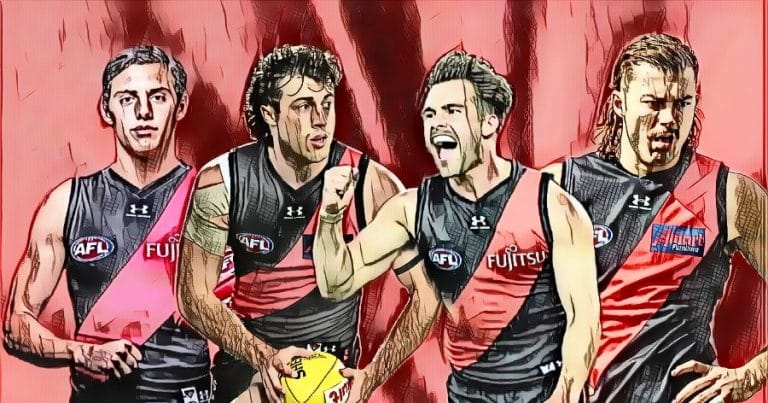 With teams refining their games in preparation for the 2022 AFL season, the hit-outs are becoming a little more meaningful.

The Bombers held their final intraclub match at The Hangar late this week and with list spots available and positions nowhere near finalised, there was a lot to keep an eye on. That’s what I am here for.

My guess is that any reports you’ve read have been from the Essendon Media Team (who genuinely do a great job) but they won’t give you the nitty-gritty. The Mongrel does. As a value-add for our esteemed members, we cast our eye over the Essendon scratch match.

Here’s what we saw.