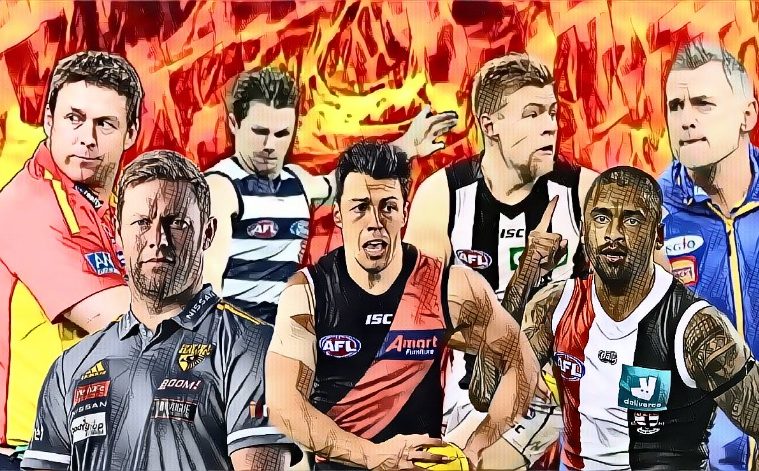 The off-season never fails to throw a spanner in the works. This season seems to have thrown a bunch of them, to the point where players, coaches, and clubs, in general, are feeling the heat and we’re still roughly a month away from the start of the season.

The vaccination status of players, injuries, contract seasons… it’s all happening, and nothing has actually happened yet.

Below is a list of ten people who are absolutely under the pump as we head into the 2022 season for a variety of reasons. Are they now set to carry a bigger load? Are they in a make-or-break situation? Could this be the last season we see them if things go awry?

Let’s go with the ten people who are feeling the heat already in 2022.

This is another of those articles for members that you probably hate. Well, I am sorry, but I am committed to giving those wonderful people value for their support. There’ll be a couple of these every week, as well as the standard members stuff during the season. PLUS every preseason game review, covering tactics, changes and highlights will be covered for members. The Mongrel does the work… always. Want to join us?