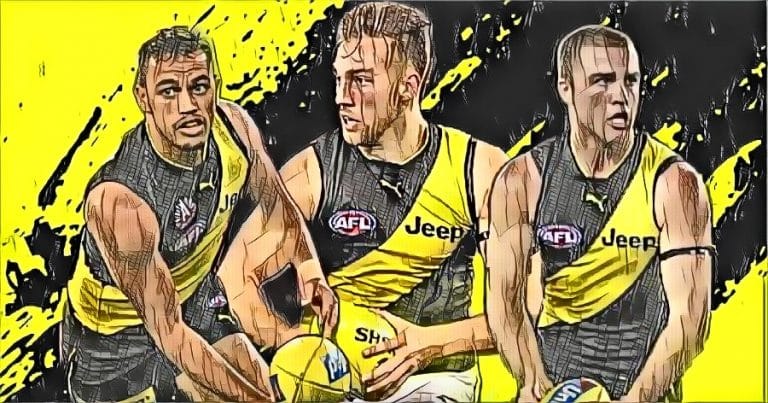 Has there been a more interesting case study in recent years than Richmond heading into the 2022 season? After falling in a hole in 2021 – and they did indeed resemble a team that just got tired of trying to climb back out – the Tigers missed the finals and in the eyes of many, saw their dynasty come to an end.

Can this group put the pieces back together for another finals run, and possibly one more tilt at a flag that will see them haunt the dreams of AFL supporters everywhere?

Not unless the next group of stars emerge and make this team their own, they won’t.

And that’s where we find this team heading into the new season. Yes, it is great to have the reliability of Jack Riewoldt and Dylan Grimes. Yes, it is wonderful to see Dusty back on the track after his kidney injury, and yes, the side still possesses some of the best hard-bodied mids in the game, but if Richmond is to contend, it must be on the back of their emerging talent stepping up.

And that’s what I’m here to look at.

This content is for our paid members. They get two or three of these every week with us in the off-season. Sometimes four if the mood takes me. When I look at what else is around for footy fans, believe me, this is value. We’re doing one of these for each team before launching into our season previews once the lists are settled. The Mongrel does the work… always. Want to join us?