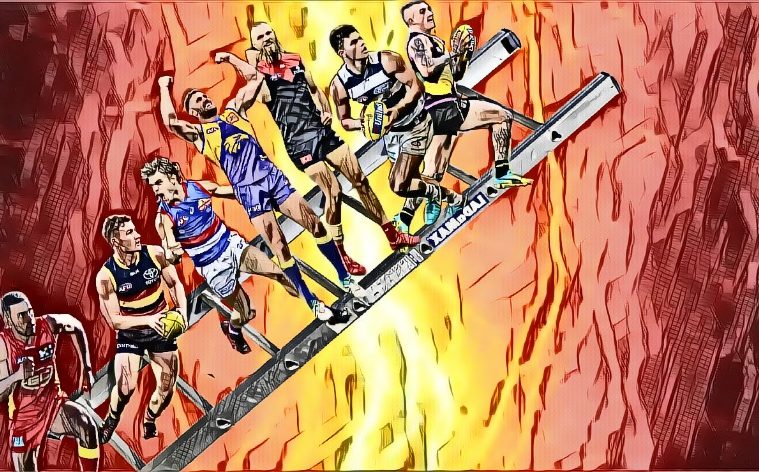 The Five-Year Ladder Of Success

Melbourne are riding high as the premiers. Long overdue and a weight off the shoulders of not just the club, but the supporters, the reign of the Demons has had Melbourne supporters smiling all off-season.

But how have the Dees fared over a five-year period? Have they given their supporters much to cheer about prior to the triumph of 2021, or would they swap positions with the Tigers in a heartbeat?

With three flags within this span, Richmond have had a brilliant five-year span up until their disappointing 2021 campaign. Though it is the Dees basking in the premiership glory right now, the record of the Tigers is difficult to fault.

And what of the Cats? The modern-day bridesmaids have been unable to pull off the flag, but they have been around the mark for years on end. Where does a string of Prelims and a heartbreaking Grand Final loss position them?

Here at The Mongrel, we like to look at the bigger picture from time to time. We like to find ways to crunch numbers and assess just how much success, be it team or individual, a team has given their fans over a certain period of time. The title may have given it away, but for this exercise, we are using the 2017-21 period; a nice, five-year timeframe to look at the achievements of each team.

Of course, it is heavily weighted to those teams who have achieved the ultimate goal. Winning a flag is what it is all about, however, there are other measures of success that translate into enjoyment for supporters. Watching your team make finals, make the top four, or even make it to the Grand Final are all degrees of success. Only one team can win a flag, but making the top four is not to be sneezed at, particularly if you’re a little too used to hanging out in the bottom half of the ladder.

And what of individual accolades? In light of not winning a flag, a player winning a Brownlow, the Leigh Matthews Trophy, or being voted as the coaches’ champion player of the year give us all a sense of satisfaction. I have to admit, I was smiling with pride as Clayton Oliver picked up the coaches award in 2021… and I don’t even barrack for the Dees!

Throw in achievements like the Coleman Medal, All-Australian selections,the Rising Star Award, and even club Best and Fairest awards, and you start to really get a picture as to what teams have given their supporters worth smiling about. Using a simple formula, I’ve been able to compile a ladder of success spanning the last five seasons. Is it perfect – yes it is. Am I a huge liar. Yes, I am… I mean, “no, I’m not!”

Of course, it is not perfect, but as a guide to which teams have given the most to their supporters, I reckon it just might cut the mustard.

Let’s go through category by category before we get to the Five-Year Ladder.

The Tigers are the obvious beneficiaries, here. Three flags in 2017, 19, and 20 give them a huge number of points, and with their wins come the accolades that so often accompany the premiers. Of course, there are the Norm Smith Medallists… or in Richmond’s case “Medallist” – singular, and the Gary Ayres Medallist.

The Eagles and Dees pick up the remaining two flags in the five-year period.

So close, yet so far.

Adelaide, Collingwood, GWS, Geelong and the Dogs all pick up points for getting to the biggest stage in footy… and not quite getting the job done.

Richmond and Geelong both have four each to lead this category, with the Tigers finally falling over in 2021, whilst the Cats only managed an eighth-place finish in 2018.

At the other end of the spectrum, eight teams have not had a top-four finish in the last five years.

I won’t comment on those who have made the top four and missed out on this category, as they’re obviously doing better than it takes to be mentioned here.

That said, Freo, North Melbourne, Carlton, and Gold Coast have gone the last five years without a sniff of finals action. Ouch.

Pretty self-explanatory. Win a big award – pick up points for your team in this category.

The Tigers get it done in a big way, with ten major wins. I’m sure it comes as a shock to no one that Dusty collected nine of them, himself (3x Norm Smiths, 1x Brownlow, 1x MVP, 3x Gary Ayres Medals, and 1x AFLCA award.

If you ever think to doubt the greatness of Martin, reflect on that five year period for a moment. Unbelievable stuff!

A tie at the top between the Cats and Eagles, with 13 selections each over the last five years. The Dees were not far away, with 11 selections (five coming in 2021), whilst down the bottom were Gold Coast and North Melbourne (one selection each), and St Kilda (two selections).

NUMBER OF BEST AND FAIREST WINNERS REMAINING ON THE LIST

This one seemed like a no-brainer. Teams don’t go and get rid of Best and Fairest winners every year. Most would have all five of their previous winners still on the list, right? Well, I was in for a surprise.

Four teams have just three of their last five B&F winners on their list. Fremantle (Hill and Neale), North Melbourne (Higgins x 2), Gold Coast (Harbrow and Ablett), and Port Adelaide (Westhoff and Ryder) have all seen players who were playing great footy either retire or head elsewhere.

In contrast, 11 clubs have retained all five winners.

This is a bit of an equalising measure. Not a greatly successful one, but a good indicator that, should things go right, they have a bunch of highly-rated kids on their books.

As expected, the Suns have the most, with seven top ten picks from the last five years on their list. They are followed by Freo (six), and North Melbourne (five).

The Tigers have just one, and West Coast have not had a top ten pick at all in that period.

And here we are, at the end and looking at the overall ladder. Let’s go…

please note – I had to make an adjustment after forgetting to add the Major Award for Clayton Oliver – The Gary Ayres Medal for 2021. It bumped the Dees over the Cats. Thanks to Fintan Bowe for the pickup.

Well, it has certainly been five years of Tiger Time, hasn’t it? I suppose that was why there were so many reluctant to write them off, whilst simultaneously being happy that the reign of terror was over.

North have had an atrocious run, but you can just about see that coming to an end now. The way they finished 2021, combined with their draft hand and kids coming through… they’re going to be just fine.

This season, it will be signatures that determine where the Suns are heading. Chief amongst them will be that of Ben King. Simply put, the Suns can afford to lose one of those seven top-ten picks from the last five years, maybe two, but if one of them is King, it will be close to killing the club. I reckon he’ll re-sign with them sooner rather than later.

The Dees will be poised for a massive run in the next twelve months should they be able to get anywhere near their 2021 form. The Tigers will lose their huge 2021 points (which included the flag, top-four finish, and a swag of medals from Dusty). Those alone would see them lose around 80 points, so as much as their total seems insurmountable right now, they can be got…

As for the Crows… well, their post-2017 form hasn’t been great, so unless there is a huge turnaround in 2022, the next version of the five-year ladder will see them plummet.

And there we have it – the Five-Year Ladder. Fair? Unfair? Biased toward someone who you don’t barrack for? I guess we’ll see when you let me know.

And hey… if I missed an AA selection along the way, don’t go jumping up and down like your arse is on fire about it. It’s very unbecoming. 😀 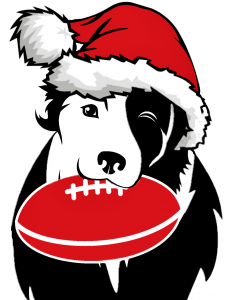 Click on the Santa Mongrel to become a Mongrel Member and help support the site… and get some pretty damn good AFL content as well.