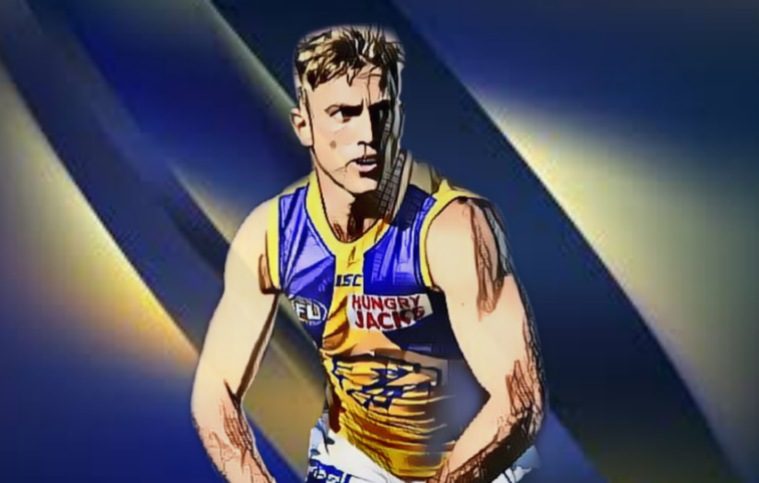 There was a time when it was cool to spout that Brad Sheppard was underrated.

It was as though you were automatically added to the cool clique that knew a little more about footy when you sung the praises of the then-unheralded West Coast defender. Eagles supporters were well aware of the stellar service he was offering the club, and his teammates adored him, but outside the club and fan base, Sheppard’s name was not one of the first uttered when it came to lists of the best defenders in the game.

It would come up now and again, with a commentator or analyst throwing his name in during a segment where the Eagles’ defence was being discussed, but in terms of singling him out, you rarely heard his name muttered without the word “underrated” either preceding it, or following closely behind it.

Prior to then, singling out the efforts of Brad Sheppard in a game review or as part of a broadcast was akin to talking about U2 before they became popular. Once he went on to be more widely recognised, and the AFL media lauded him for his version of ‘Beautiful Day’, you could sit back and say “well, I liked him back when he was singing Sunday Bloody Sunday.”

The media is a little slow at times, and they almost missed the boat entirely when it came to Sheppard.

A number seven pick waaaaaay back in 2009, much was expected from Sheppard, but his was a cautionary tale not only for the Eagles, but for any club with a top ten pick – sometimes, you must exhibit patience when it comes to the kids you draft. Some bolt out of the gate – others need to gain momentum. Sheppard was definitely one that resembled the latter of the examples.

It is a shame that Sheppard remains a footnote to the Eagles’ most recent glory. Following a serious hamstring injury late in the 2018 season, Brad Sheppard was forced to sit and watch as his Eagles emerged victorious in one of the great modern Grand Finals. With the injured Nic Naitanui and the suspended Andrew Gaff also missing out on the game, it was a bittersweet day for the West Coast players in the stands. The team had done it… and they’d done it without them.

But it seemed to light a fire under Sheppard.

Sheppard returned in 2019, registering career-high numbers in disposals, and rebound fifties, whilst maintaining an excellent five intercept per-game average. However, it was the Covid-impacted 2020 season that we saw him at his absolute best. Selected as an All-Australian for the only time in his career, Sheppard stood up when far too many of his teammates stepped aside. Forced onto the road for long stretches due to the widespread panic and border closures in several states, the Eagles faltered in what was a ramshackle version of an AFL season, capitulating to teams far beneath them in terms of talent. Forced into a hub in Queensland, many players simply appeared as though they did not want to be there – probably because they didn’t. Amid all the negativity, the form of Brad Sheppard was a beacon of hope for the flailing team. As those around him struggled to keep their heads above water, Sheppard was swimming against the current and dragging a few teammates along with him.

By the time the Eagles returned to Western Australia and went about playing some winning football, Sheppard’s presence in the back 50 had become one of the most important components of the side. No longer was the word “underrated” being used to describe him – finally, in the eyes of those who dictate the AFL narrative, Sheppard had arrived.

Like he hadn’t already been there for years, already, right? Sunday Bloody Sunday, remember?

The West Coast Eagles have been blessed over the years with quality defenders. Shannon Hurn, Jeremy McGovern, Glenn Jakovich, Guy McKenna, Darren Glass, John Worsfold, Ashley McIntosh… the list goes on. Finding a place for Sheppard in the all-time Eagles defence would be a bit of a stretch, but it would also be foolish not to include him in the conversation.

Unlike many that have stood in the spotlight as one of the best in the league at their prescribed role, Brad Sheppard was way more steak than he was sizzle.

As the news surfaced that Sheppard was set to retire due to concussion-related concerns, it suddenly became apparent to many just what he has provided the Eagles, and what they’ll be missing in the 2022 season. McGovern is their best interceptor. Hurn is still their best rebounder. Barrass is their best spoiler. But Sheppard… he just did all of those aspects well. He could play tall when he had to, stifle the creativity of an elusive small forward when the job was asked of him, and in terms of courage, you will not find one student of the game willing to question him on that aspect of his footy.

In many ways, the Eagles are losing a piece of their heart with Sheppard hanging up the boots. He is one of the few players that continue to fight when others give up the ghost. He is a presence on the field that asks for no quarter, and gives none either. Whilst I will not go so far as to say he is irreplaceable (we’re all replaceable), there will be points in 2022 where the opposition runs through the middle and spots someone open inside 50. It is in those moments that Eagles supporters will miss Brad Sheppard the most. A diving spoil, or despairing lunge to break up a play when it was all looking grim – those are the moments that demonstrate the value of Brad Sheppard, and it is in those moments next season we will wonder what could have been if Sheppard was still out there.

He does not leave the Eagles as one of their most decorated players. He does not walk away with a couple of Best and Fairest awards to provide further credibility to his efforts. But what he does walk away with is the respect and admiration of both teammates and opponents alike.

And he walks away from the game as someone who, at one point, may have been quite underrated, but is, and should always be highly rated by anyone who knows footy.