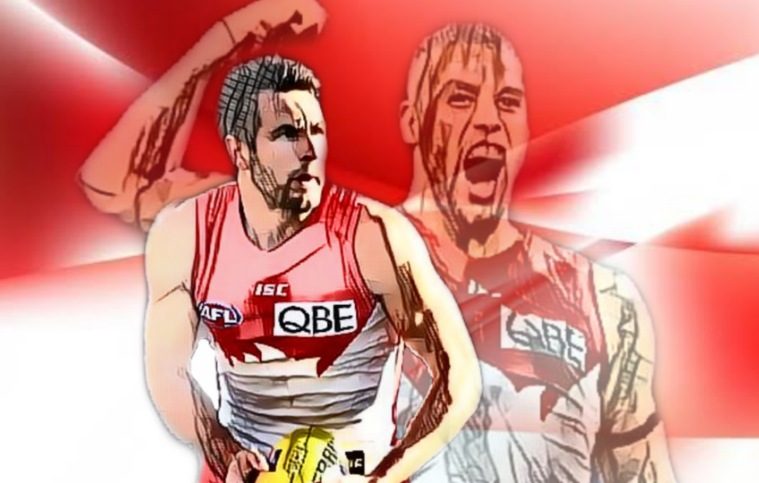 The Other Milestone Man

As Lance Franklin zeroes in on a milestone many thought we’d never see again, it is another couple of achievements that have caught my eye in the lead up to the 2022 season.

Yes, we know that Buddy will have the limelight, and who could begrudge him that? Kicking 1000 goals is rare air indeed, but another Swan, as he has done his entire career, has quietly gone about positioning himself to be remembered as the absolute best inside midfielder the game has seen.

And he has the numbers to back it up.

Sydney and Hawthorn have maintained a love-hate relationship over the past dozen years.

Whilst battling each other in Grand Finals, the two foes have been more than willing to sit down at the trade table to ensure their talent has the best opportunity to fulfil their potential.

Tom Mitchell was stuck behind several stars in a stacked Sydney midfield rotation in 2016. Despite averaging an impressive 27 touches per game, he was a number one midfielder in a number three position. He felt a move was necessary in order to continue his development, and the resultant seasons after signing with the Hawks saw him deliver a rich vein of form that has seen Mitchell break records.

Removing the 2020 season, which saw reduced game time and with it, reduced statistical output, Mitchell has recorded three seasons with an average of 34+ disposals. No other player in the league has been able to do that even once in that time. Let that sink in for a moment. He has added two Peter Crimmins Medals and a Brownlow Medal to his trophy cabinet, making his move from the Swans one of the more successful in the modern era.

However, even with those results, it is difficult to argue that the move from Hawthorn to Sydney from Josh Kennedy was any less impressive. In fact, it may have been one of the best moves in the history of the game.

In a similar situation to Mitchell, Kennedy was attempting to break into a Hawthorn midfield over 2008-09. That midfield featured names such as Luke Hodge, Sam Mitchell, and Jordan Lewis – the backbone of their multiple premierships. Like Mitchell, he knew his best chance to become a star of the competition was with another team.As such, the Swans and Hawks worked a deal that would benefit the player greatly. He moved to Sydney and became one of the best players of his generation.

However, just how good Kennedy has been is sometimes lost when we talk about the greatest midfielders in the competition. He has never possessed the flashiness or explosiveness of a Patrick Dangerfield, Nat Fyfe or Dustin Martin – they are the aspects of a player’s game that tend to catch the eye. No, Kennedy was, and is a workhorse, and alwaus did a lot of the hard stuff that made others look good.

Sure, footy purists may appreciate his value to Sydney, and the Swans as an organisation would have to adore his contribution over the last decade, but it is probably about time that the entire footy world paid a little more respect to Kennedy. This season, with two all-time records set to tumble, and his name sitting at the top of each pile, there can be no escaping that JPK will add his name to the list of Kennedys that have made such an indelible mark on the sport.

As mentioned above, Kennedy’s strong suit is the hard work in the midfield, and as we approach the 2022 season, he is poised to become the all-time number one man in not just one statistical category, but two.

Last season saw both Scott Pendlebury and Todd Goldstein break records and etch their names into the annals of AFL history. Pendles became the most prolific handballer in the history of the game, surpassing the mark set by the great Gary Ablett Junior. Joel Selwood also jumped past Ablett, but Pendles is a good 224 ahead of the Geelong skipper.

Goldstein moved past Aaron Sandilands to notch the highest number of hit-outs on record, and given he is still running around, it will probably be a long time until that number is surpassed.

Whilst we celebrated the feats of Pendlebury and Goldstein, their achievements pale somewhat when we look forward to what Josh Kennedy is set to do. At the time of writing, he sits second all-time in clearances, just 16 behind the Hawks’ Sam Mitchell. Given Kennedy averaged over five clearances a game in 2021, we should have a new all-time leader by the time Round Five rolls around… and that is being generous.

But it does not stop there for JPK.

Not only will he be the number one clearance player in the history of the game this coming season, he will also be the best contested footy winner the game has seen, as well.

Another Gary Ablett record looks as though it will fall in 2021, with Kennedy trailing Ablett’s 4000 contested possessions by just 52. Again, given his 2021 averages of over 11 per contest, we are looking at around Round Five for that record to tumble as well. How incredible would it be to see them both fall in the same game?

When all is said and done, and we look back on the career of the latest Kennedy to become one of the greats of the game, his position, statistically, will only strengthen claims on being one of the absolute best of his generation. I mean, everyone is talking about the likelihood of Buddy kicking his thousandth goal early in 2022 – that will keep him at sixth all-time in that category, though he is a shot at displacing Ablett Senior in fifth should he kick over 36 for the year. These numbers we’re talking about in Kennedy’s case will make him the undisputed best at what he is on the park to do.

So, whilst the careers of Dustin Martin, Nat Fyfe, and Patrick Dangerfield are rightfully lauded for their greatness, it might be about time we start throwing the name of Josh Kennedy into the mix as well. After being unable to crack the Hawthorn midfield as a young fella, he has made his name as a Swan and cemented himself as the best hard-ball winner the game has seen.

Here are Kennedy’s all-time ranks prior to the 2022 season.

Three Bob Skilton Medals, three All-Australian selections, club captain, Gary Ayres Medallist, and a premiership as well; any way you slice it, Josh Kennedy is a star, and in sitting atop two of the highly-valued categories, his place in not only the Swans’ history is guaranteed, but his legacy is about to have the numbers that well and truly back it up.

It’s time to give him the respect he deserves as an all-time great.