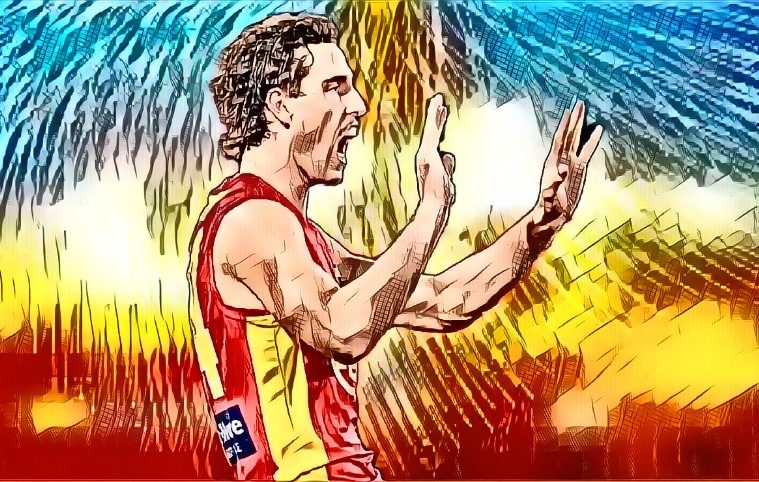 The Signature That Matters

In the AFL world, the pile on comes thick and fast.

Someone does something wrong – we’re quick to jump all over them, denouncing them as fools, inept, or . Someone does something good… well, we’re usually a little more reserved in lavishing them with praise. A pat on the back is only a few inches away from a kick in the pants, and though the Gold Coast Suns made a significant announcement yesterday, with their next captain, Touk Miller signing a five-year extension to remain with the club, the attention has remained on their most recent departure, 29-year-old Hugh Greenwood.

When we look at Greenwood’s standing within the team, he added a large amount of toughness and grunt to a young Suns team. His contested ball-winning capabilities were important in allowing their mids time to develop without taking a beating, but in the cold light of day, did you expect Greenwood to be around when the Suns become contenders?

I hear you scoff at that word – contenders. At least when it relates to the Suns. However, with Greenwood turning 30 before the commencement of the 2022 season, I suppose the more pertinent question is – did you expect Hugh Greenwood to be around when the Suns actually make finals?

Chances are he would have been gone by then anyway, even if the rise of the Suns is rapid. They have too much midfield talent emerging for him to hold on past 32.

So, equipped with that information, his loss, whilst not ideal for a team still in need of big bodies to protect the young stars, is not the end of the world. No, the end of the world rests with the signature of another player – one whose future has been a constant source of speculation since day one.

The Gold Coast Suns will live and die by the decision on the playing future of Ben King.