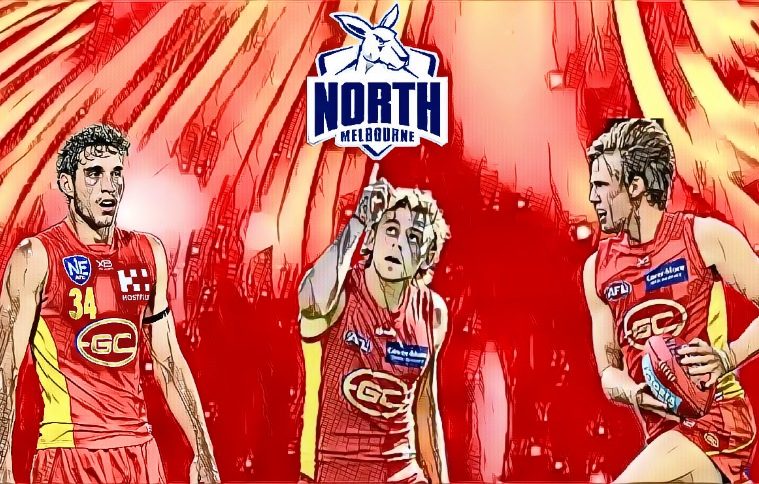 A few days ago, the Gold Coast Suns made the stunning announcement that the club was delisting Jez McLennan, Rory Thompson, and Hugh Greenwood, with the public pledge to re-list all three players. It has been a common occurrence, clubs making move for cap relief, getting declining players back on to the rookie list, with no risk of other clubs stepping in due to the public declaration of club and player.

Well, as we found out today, a declaration such as this should sometimes be called an amendment. Four days after tweeting out to Suns fans that he was not going anywhere and that nothing had changed, one of the Suns’ key cogs bid adieu. Hugh Greenwood decided to accept a rival bid from North Melbourne, who, frankly needed inside midfielders just as much as Elon Musk needs spare cash.

Now, the AFL world has completely turned the heat on the Suns following this backfired move. More worryingly, a large percentage of the supporter base seem ready to start the fire themselves.

The question must be asked… how much blame is on the Suns?

With a list that has struggled massively with retention issues, and facing a vital 12 months with the looming ending of the contracts of young stars Jack Lukosius, Ben King, Elijah Hollands and Izak Rankine to name but four, the move of Greenwood has raised massive red flags for the Suns in regard to being taken seriously.

Considering those issues, and the team behind the scenes that have been driven to improve, the move to delist and bring him back would not have taken place without 100% consent from Greenwood, and this theory was echoed via his Twitter post. Just watching Hugh on the field, you would assume his word is his bond, as his play is completely team-centred and selfless, however, I’m not sure a chance was even given for the Suns to work through an extension, especially considering how sudden the news broke.

I have it on good authority that the Suns were completely caught off guard by the sudden change of mind from Greenwood, who appeared to decide that financial advantage meant more than sentiment. While I’m not a cryptic guy, I couldn’t help feel that this move could have been a subtle FU to the Suns, as in the statement given by Hugh stated ‘I have no doubt the Suns are in a better position now compared to when I arrived’ In no possible short term outcome have the Suns benefitted from this, as it raises further questions regarding the much-publicised player retention problem

Now… on to North Melbourne

I completely applaud the cojones shown in executing this move. It’s never happened before; a club approaching a player that was subject to a list switch, stealing them out from underneath. But have North Melbourne broken a generally unspoken rule? Maybe, Maybe not, but clubs already face issues with having zero leverage regarding player dealings. If Greenwood decided to bolt, having been put on the open market, then hypothetically there would be no reason to have not expected it during the year considering players are able to manufacture exits quickly. A small part of me sees it as a massive cheap shot for North to target Greenwood, however, the Suns technically made him available.

If there are ANY positives to take from this move, they is strictly on field. Gold Coast are armed with pick three in the draft, and while my upcoming mock draft (SPOILER ALERT) has them taking Finn Callaghan, they are able to change tack and add another ultimate competitor in Ben Hobbs. While the loss of Greenwood absolutely stings, especially from a defensive standpoint, Gold Coast do have the depth to replace him, with Jack Bowes in particular a defensive minded, strong midfielder in the making. The loss of Greenwood also unlocks a bit more cap space in particular, with Touk Miller reportedly ready to announce a five-year deal, and Ben King’s contract extension ready to be given the “Ol John Hancock”.

When I heard the news, I was absolutely furious. Not due to the decision Hugh made, but where I’m from “You’re only as good as your word” and there’s no way the move was not made without his word. I’m not here to destroy the character of Greenwood, however, I know I will be in the absolute minority that believe that Gold Coast do not deserve the amount of heat that is on its way. They did wrong by making Hugh available, however, they also made the mistake of believing sentiment and loyalty talks more than cold hard cash.

While some people question why the decision to delist Greenwood was made in the first place, all I can think of is that the Suns believed that a 29-year-old veteran would not go back on a deal, as well as being less tempted by rival offers, whereas a younger fringe player might be more inclined to take up a greater opportunity offer from elsewhere.

Whether you’re a North Melbourne, Gold Coast, or neutral supporter, this will be a massive talking point, and hopefully it does not tank the Suns efforts to build themselves into the successful club they desire to be.

Thank you for your service Hugh…