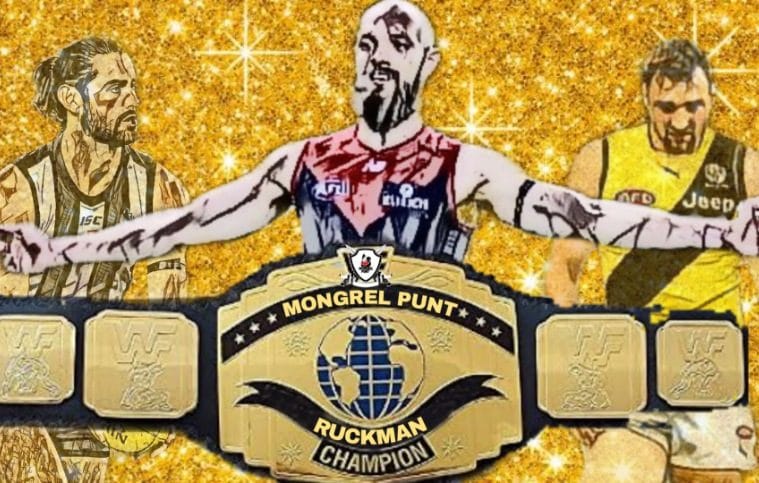 Whilst we are all well aware of how it ended – with Max Gawn holding not only the premiership cup, but the Mongrel Punt Ruckman Championship Title, how it came to pass is another story.

Commencing at the beginning of 2017, we track those who have reigned as the champion ruckman of the AFL.

After a champion was established – best ruck in the 2016 Grand Final, that player goes onto defend the title each week against the best ruckman from his team’s designated opponent. As an example, Tom Boyd, thrown into the ruck in the 2016 Grand Final, became the first-ever champion. His first defence in 2017 came against Collingwood, which means we had Boyd v Brodie Grundy as the match up to decide the title.

– In the result of a team not playing finals, the title go to the best performer on a winning team of the next week of finals, regardless of the game (so in week one of the finals, any ruck from four teams could win it.)

This content is for our paid members. It will become part of our weekly columns for members during the 2022 season, but this one gets us started with five years worth of history of the Mongrel Punt Ruckman Championship Belt as we forward to the 2022 season. The Mongrel does the work… always. Want to join us?