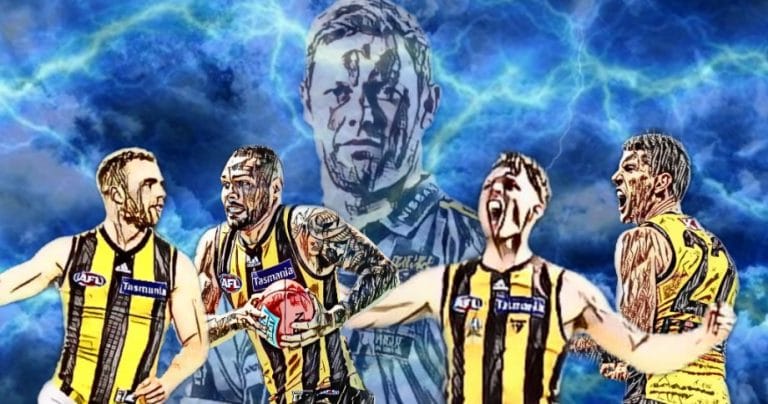 What goes up must go down.

We know that, right? No team stays “up” forever. Geelong have kind of bucked the system, but without a flag, it has all been for naught to this stage, and looking at their list, the era after this one does not look as prosperous.

The Hawks had the highest of highs. It has been five years since Luke Hodge and Alastair Clarkson held aloft the magic cup and said “By the Power of Grayskull…”

Or maybe that was on a TV show I watched religiously as a kid. Those who took the Hawks to the third of three flags are no more. Hodge jetted off to Queensland, prolonged his career and now lives there. Clarkson is getting set to travel the world and enjoy life for a year before jumping back into coaching. Cyril is a very pleasant memory. Jarryd Roughead is assisting at St Kilda by breaking the legs of defenders. Even Shaun Burgoyne has finally succumbed to the most relentless of footballing enemies – time. The glory days are a memory – the reality is that Hawthorn look like one of the worst teams in the competition headed into 2022.

How the hell do they work through this?