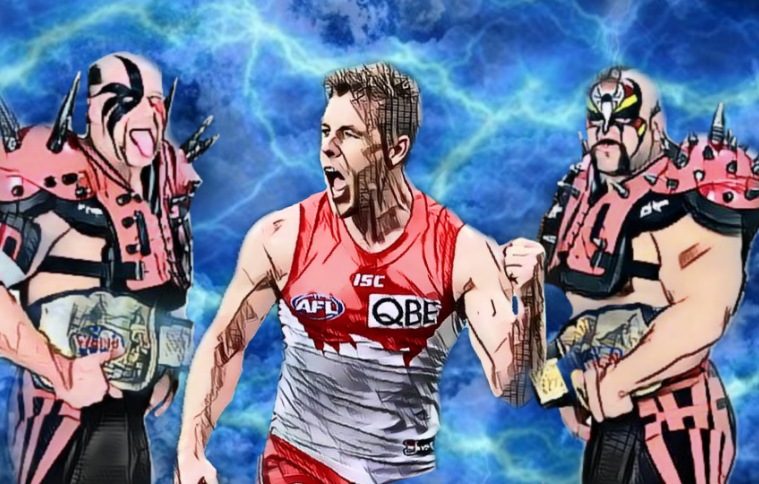 It came down to a race in two.

The Swans and the Power were the best-performed road teams all season, and with one round to go, they were locked at the top of the table, with just points-differential separating them.

It all came down to the final round. Here’s how it played out.

But first, the regular spiel…

And the Swans really got lucky in the final round, coming up against a Gold Coast team who, by this stage of the year, every year, have the cue well and truly in the rack. Not only did they pick up the win, they shit it in! With an 87-point belting, they secured the Mongrel Punt Road Warrior Championship for 2021.9.2I know what you’re thinking – who cares, given they were bundled out in the first week of finals, right?

Well, you have a point, albeit a very shallow one. You see, what the Swans accomplished in 2021 was to go from a team that was not up to scratch in the 2020 season. They suffered injuries and played a defensive style of footy to cover their losses. That was not who this Sydney team is, and with stars returning, getting in shape, and adding to their list with talented youngsters, the Swans were just about the best team in the league to watch in 2021.9.2And the fact they were able to do it on the road for nine interstate wins should give the indication that they’re maturing quickly.

The Dees finished strong, as well, coming from 44 points down to pinch the game at the death against the Cats. However, they needed a huge margin to get close to Sydney, and were unable to pull it off.

Carlton finished last in a display that indicated the complete opposite of the Swans – seriously, they take two steps forward and three steps back at times. With just one road win in total, unless they start scheduling games at Ikon Park in 2022, this team needs a foot in the arse.

A damn shame they went out in the first week – I had the feeling they could have made some real noise this season.