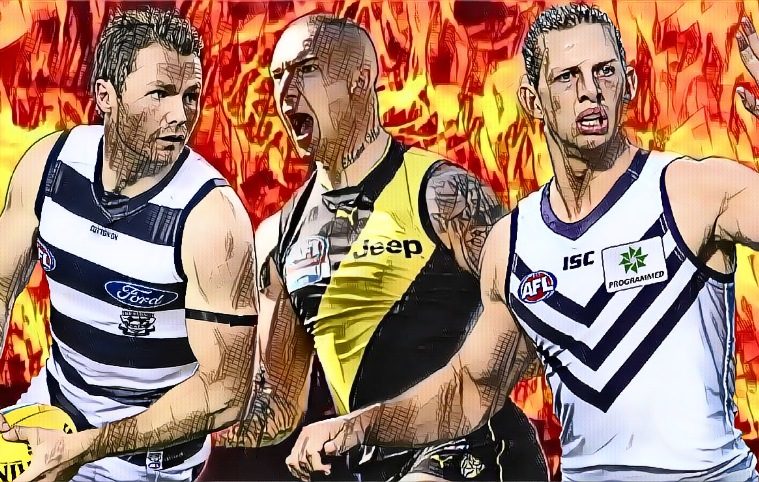 Are we at a crossroads for some of the game’s great players in 2021?

Have we seen the best of some of the stars that have shined so bright for the past five or six seasons? And if we have, where do they head next?

As the 2021 season winds down, we have seen a season-ending kidney laceration to Dustin Martin rip away his chance to defend the title as the best finals player in the game. In the process, it has rendered the Tigers but an outside chance at completing the feat that sets the great teams apart from the good  – the threepeat.

Over in the west, Nat Fyfe has had an up and down season, battling injury, himself. His influence, profound at some points of the season, has waned at others as a combination of young stars emerging, and the wear and tear of 12 AFL seasons might be catching up with him.

2021 will see the run of All-Australian selections for Patrick Dangerfield come to an end. With just eight games to his name this season, Dangerfield has also felt the injury big bite, managing just two games in the first half of the season before finding form again over the past three weeks.

At 31 years of age, and with his sights hopefully on the much more valuable prize of a premiership, could it be time for the star Cat to look at a role that would prolong his career and give him more chance of extended team success?

These three players are superstars of the game, combining for three Norm Smith Medals (thanks Dusty), four Brownlows, four AFL MVP awards, and 15 All-Australian selections. They are as good as it gets in terms of modern midfield talent, but with a new generation emerging and time definitely not on their side, it may be time to start looking at other possibilities going forward. Let’s jump in and look at what options are available.