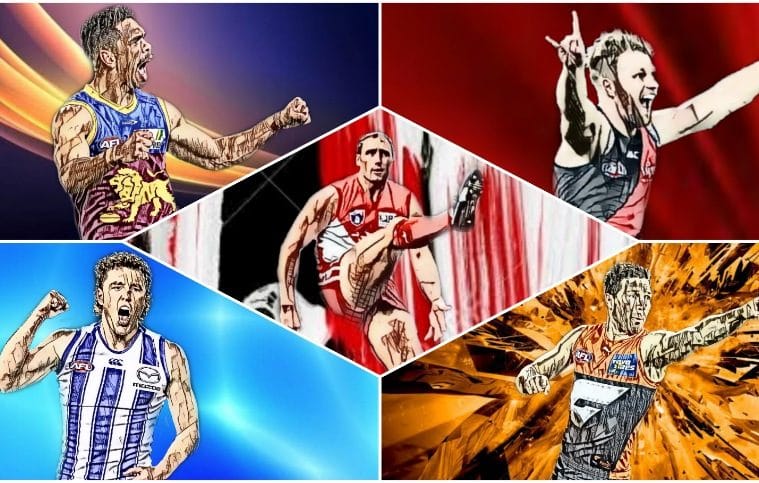 Here at The Mongrel we have a flair for the extravagant. We like to watch football with personality, and none in the AFL have more personality than those who kick the big bags. Let’s face it – we love to see a dominant mid rip the game apart, or a defender completely own the back 50, but there is something about a player getting on the end of a few long balls, and slotting a bag of goals… it’s why you pay to watch the footy.

But there is already an award for the big goal kickers, right? It’s the Coleman Medal and as we’ve seen in recent years, it is a sought after award. Harry McKay secured the award this time around, but here at The Mongrel, we want to dive deeper into the art of forward craft to look at more than just a season as a whole.

Hmmmm, slightly sexual, so not quite there yet.

Well, it’s not quite the Oscars, and it’s better than the Logies, so it’ll do for right now. It worked last year, anyway.

So, without further ado, the Pluggies for 2021…