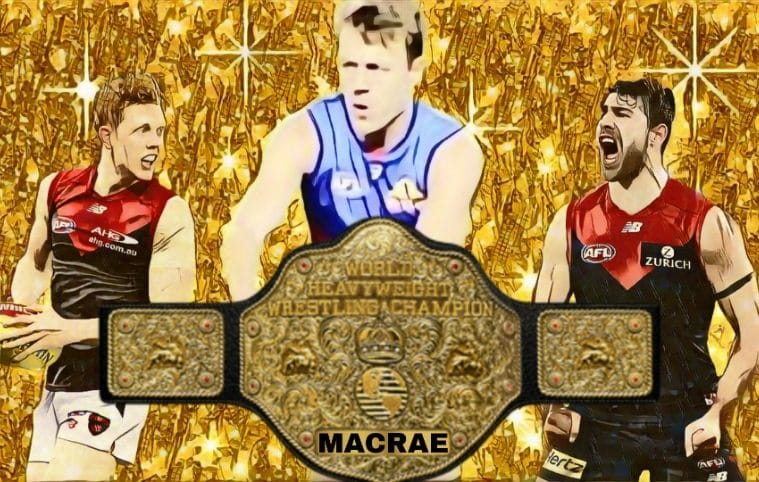 His second reign of the season sees Jack Macrae walk into the 2021 AFL Grand Final with the Mongrel Punt Midfield Championship Belt around his waist.

Against the might of the Demons, does Macrae have the legs for one more defence to finish the season as champ? He has the runs on the board so far, but with Oliver, Petracca and Viney standing opposite, the competition is sure to be fierce.

The Dees are one of three teams to have NEVER had a Mongrel Midfield Champion – amazing, with the talent they possess. What better stage to break the drought than on Grand Final day.