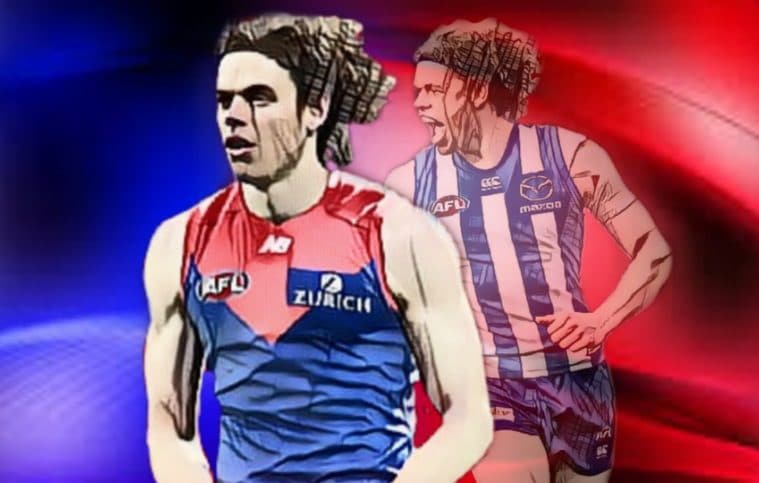 Out Of The Frying Pan…

As quickly as Ben Brown shot to prominence in 2017/18/19, his fall from grace was substantially more dramatic.

After three years where he slotted over 180 goals for the Kangaroos, Brown’s 2020 was underwhelming and as the Kangaroos looked to rebuild again channel their efforts into the development of Nick Larkey, Brown was jettisoned from the club.

I’m not sure anyone would have predicted this as the result of Ben Brown’s move to Melbourne. Even the most wildly optimistic Demon fan would have been hoping that Brown could find some form, provide a target up forward, and help the Dees improve.

Be honest… you didn’t see this coming, did you? I sure as hell didn’t. Ben Brown in the Grand Final in his first season with the club?

Pinch yourselves to make sure you’re not dreaming!

Heading into 2021, and definitely sitting on the outside looking in, the recruitment of Ben Brown seemed strange at best to me. The Dees had made a bit of a name for themselves as a less-than-stellar kicking team when it came to the forward fifty, often wasting the footy or adopting the tried, tested and proven as borderline useless strategy of bombing high and long to a contest. And Brown, himself, had seemingly become a player that needed the ball delivered on a platter to be effective.