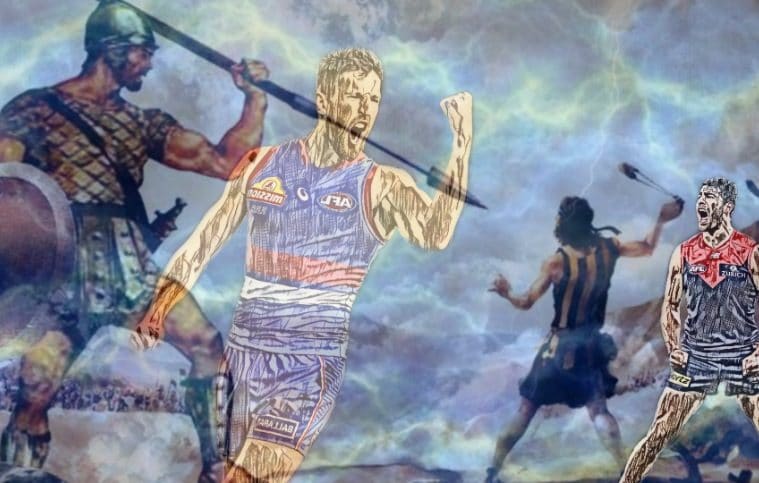 Nobody Cheers For Goliath – The 2021 Western Bulldogs

2016 was the Western Bulldogs’ tale of heroism.

It was their David moment against the Goliath of the Sydney Swans, and whilst the Melbourne Football Club possesses a little more than just a slingshot at their side this week, the Dogs are being pushed into the role of villain. They are now Goliath.

As the most dominant NBA superstar of all time, Wilt Chamberlain, once famously stated – “no one cheers for Goliath.”

Every season, one team plays the role of villain. It’s inevitable.

The media, the neutral fans, blokes like myself… we gravitate to the best story, and in a year where we see two truly worthy teams ready to fight it out for the biggest prize in footy, there is no better story than the Melbourne Demons.

Sorry Dogs fans… that makes you the bad guys. Believe it or not, it’s not such a bad thing.