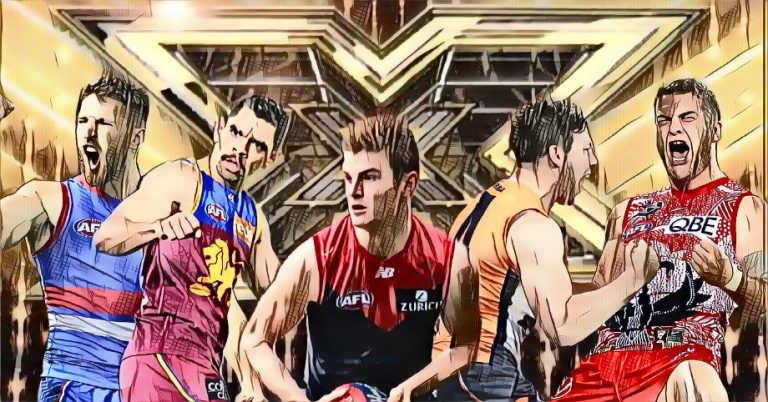 The X-Factor Player Of The Year

All season, we have been tracking the progress of the x-factor players in the league.

Ah yes, x-factors… what the hell are they, anyway? I heard you think that – you didn’t know I was psychic, did you?

Anyway, it was a term I felt a little lost with as well. Really, there was no way of defining it outside the “he adds something really special to a team” kind of comments. You know the sort – “makes something out of nothing” or “does the amazing…”

Those types of things.

Anyway, the concept kind of piqued my interest at the start of the year, so I went about creating a formula to assess these players. Did I get it right? Well, I am not disappointed with the result given Bont just walked away with the MVP by a record number of votes this season but had some serious competition in this award. Players obviously know there is something special about him, but we’re looking for specifics here, and they relate to being a dangerous presence inside 50, first and foremost. So, whilst there can be no argument that a player like Bont possesses a healthy dose of x-factor, is it the best in the league in the way we often have it described?

Is it on the same level as Dusty had a few years back, where he was able to spark his team by making his disposals count in a way that enhanced the work of the forwards, as well as hitting the scoreboard, himself? Or is that now the domain of the small and medium forwards, who can bring their teammates into the game?

This system definitely rewards the small and medium forwards for the work they do inside 50 – something that is too often ignored (just check the half forward line of the All-Australian team this year for proof of this). What it does not do is reward key forwards – they’re out of the running. Key forwards win the Coleman – that’s their award. They will not be assessed here.

All that being said, one man finished the year like a damn train to run out the 2021 Mongrel Punt X-Factor Player of the Year.

The content in the remainder of this article is for our Inner Circle Members – all the X-Factor rankings throughout the season, plus Defensive Player of the Year and select standalone content are reserved for this level of Mongrel membership – it was added specifically for them… because they’re awesome. They also get all the tier one content as well – wingman rankings, Midfielder championship belt, early access to Good, Bad and Ugly reviews, plus more standalone columns. Oh, and there’ll be a heap of additional content in the off-season – we already started with our Lachie Neale column this morning. Wanna join them?