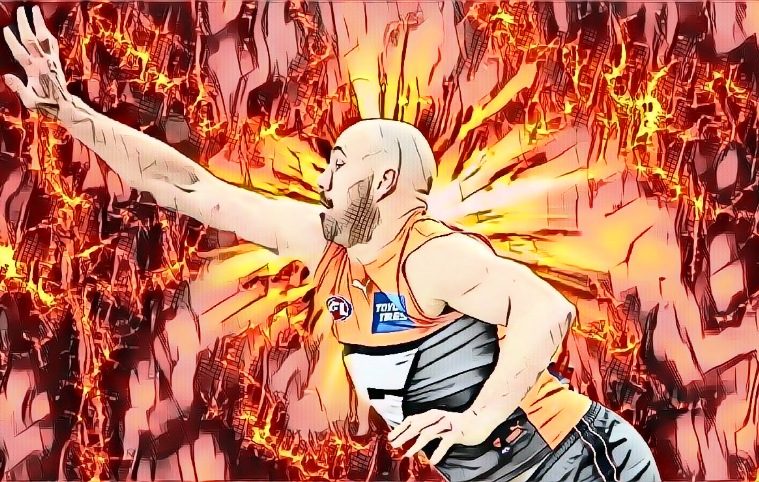 GWS are 8-4 in home and away games Shane Mumford has played this year – they’re 9-4  overall, given their success in the final on Saturday night. Anyone who watched that game would say that the Big Mummy was one of the big reasons for the win.

Much has been made of Toby Greene’s development this season, both as a player and as a bloke… up until this past weekend, and whilst the consensus has been that he’s still a bit of a ratbag, he’s been so important to GWS’ success in 2021 that this site named him their All-Australian Captain last week in recognition of his leadership. Greene’s growth from full-time ratbag/part-time footballer, in the eyes of the public, to one of the AFL’s best leaders left the role of the genuine villain unfilled for most of the season.  Who better to claim that role than a bloke who didn’t even think he’d be playing at the start of the season?

There’s that James Baldwin quote, “the most dangerous creation of any society is the man with nothing to lose”.

Enter Shane Mumford and the heel turn that’s made him such an integral part of winning football at GWS.

Mumford is 35 years old; ostensibly a full-time coach and part-time player, and hung up the boots at the end of 2017. He then returned in 2018, and hung around for ’19, ’20, and tried to retire again at the start of 2021 before Braydon Preuss did a number on his shoulder and Mumford was left as the only ruckman on the list.

He also had two professional boxing fights post-first retirement in 2018, winning both of them, and started to lean toward a potential fight against Paul Gallen before he wound up playing football again. Thus ends the Shane Mumford’s background section.

Before we get into it properly, let’s just quickly cover the idea of the heel turn. It’s an all-time sports phrase, and one that feels like it’s creeping more into the standard lexicon. It’s a wrestling phrase where the ‘face’ is the good guy and the ‘heel’ is the bad guy. A ‘heel turn’ is the term used when a wrestler in their storyline goes from being a good guy to a bad guy, and is often associated with a change in behaviour, appearance, or something else that might showcase that their alignment has changed.

Keeping that in mind, here is Shane Mumford at the end of 2019, after the Grand Final 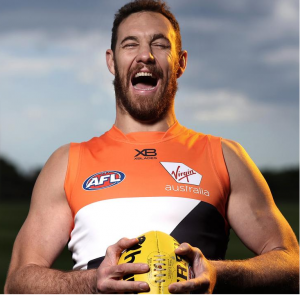 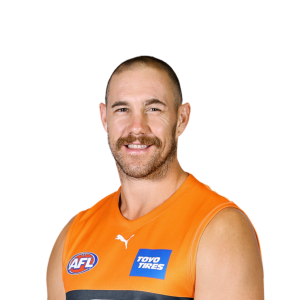 Shane Mumford has run through this season with the shiny head and moustache of an old-school wrestler – a man you’re almost conditioned to boo, and he’s played like it. You know, the classic muscle-bound moustachioed man in a black and white photo? The one where they’re wearing stripes? I feel like that’s a classic trope and Mumford has played this season like he’s roleplaying it.

If you’ve watched any GWS this season, or any media coverage of GWS, you’ve probably heard someone talking about ‘Clumsy Mummy’. There’s something really funny about the name, but it’s also something that almost detracts from what he does – ‘clumsy’ has different connotations to, say, “brutish” – but it’s not… untrue.

The issues that come up are the kind of things that look defensible. You’d see it and think maybe it’s an accident! Maybe he’s just a 108-kilo, 35-year-old bloke who’s almost two metres tall. Blokes his size aren’t exactly known for their lightning-fast reflexes, after all! That’s an attitude that explains how he does it if it’s just one thing, but it is consistent. There’s probably something in every game he’s played this year that fits that category.

Whether it is “accidentally” falling on someone in a tackle, “accidentally” crashing into someone just after they’ve disposed of the ball, or “accidentally” becoming angular in the elbows and knees departments when there is a ball to be won at ground level.

That’s why he plays like a heel. He’s almost comedically, theatrically aggressive – no one in the AFL plays like he does, because no one has the license to. Almost to a man, AFL players have something to hold them back from committing wholeheartedly to villainy, be that a career that they’d like to continue or insecurities over their future, post-playing. Shane Mumford doesn’t have that. He’s retired once, tried to retire again, and if he doesn’t hold on to the job he has (ruck coach) he can get into boxing again. I’m sure Paul Gallen would still take the fight the two discussed years ago if even that doesn’t work out.

Anyway, all of this combines to show you that Shane Mumford is in a position no one else is and he uses this apparent freedom to play as no one else does.

On the weekend, he was incredibly important to establishing the tone of the game and GWS’ early ascendancy, and in their review of the game, Fox Footy noted both his 38 hitouts (15 to advantage) and also that he was “a little clumsy with his knees in some of his contests”. One early one stands out, where he winds up on top of a Swans player – it might have been George Hewett – in a contest, and then, as he is being dragged off the player, he either knees them in the jaw or connects a knee to a hand that hits the jaw. It’s that kind of stuff – clumsy, but not so clumsy it draws the eye of the MRO – that would have people in the stands – if they were allowed to be there – baying for his blood. As it stands, it is just the blokes watching from the sidelines that get to see it.

Mumford is also measurably important to GWS’ successes this year. They’ve won nine of the 13 games he’s played, and that 75-ish per cent win/loss record would’ve been enough to have them in the conversation for maybe top four. It’s a record that reflects his importance as a tone-setter – or ‘enforcer’, in conventional AFL language – but also the fact that he’s expendable. Without any major injuries for the season, he was still rested, but when you watch GWS with Mumford in the team they’ve got a different attitude about them.

This is the kind of thing that you can’t actually prove – other than record with and without – so it’s all eye-test. When watching Mummy play, it quickly becomes apparent that he’s allowed to act as the GWS enforcer, as above. This gives their midfield some grunt, something sturdy, and affords him the role of a lightning rod for the ire of other teams and commentators. He stands out when he conducts his business, and that lets the other players in the GWS midfield go about their business with less scrutiny. It’s a basic gravity thin g- he gets the ball, is harder to take down, almost has that Sonny Bill Williams-esque ability to offload, as shown in his average seven handballs on ten disposals. With his size, and arguably with his reputation, players are more likely to rush a disposal when he’s here because they know how hard he hits, which only helps his teammates when the ball drops short or wide of the intended target. Mummy is surely aware of the profile he has, and the shadow he casts, and he uses this to advantages that extend beyond the stat sheet

That’s why he’s the AFL’s premier- and maybe only- true heel. No one else CAN be the heel because no one else has that villainous profile, except for one player, and that’s Toby Greene. The incidents of the last week notwithstanding, Toby Greene spent this year mostly letting his football do the talking and not engaging with the dark arts that gave him the reputation from which he now suffers. In my professional experience prior to the weekend just past, gauging fan experiences (as a bartender talking to punters over the bar about how they feel about the games they’re at the pub to watch), the general vibe had shifted to fans disliking Mumford more than Greene. Greene’s an elite footballer and this allows him to wear the badge of being an excellent footballer who’s also a dickhead, with pride. However, Shane Mumford is only a footballer at his second job. He doesn’t even necessarily want to be there!

Shane Mumford plays like he has nothing to lose because he doesn’t, and GWS have been – and may continue to be – reaping the benefits of his disregard of things that other players may be forced to aggressively regard.

Yes, Toby Greene is the hot heel of the competition once again, but wat good is a heel sitting in the stands? Shane Mumford is the true heel of the GWS Giants. Toby Greene gets caught. Mumford is the man who hits a bloke with a chair while the referee’s back is turned and stands there with his arms outstretched, asking “what happened?” when the ref turns around.

Greene is too much of a heel for his own good. Mumford is just enough of a heel that what he does is of no good to his opponents.

Remember that when he drops an elbow or two on a Cat this weekend.