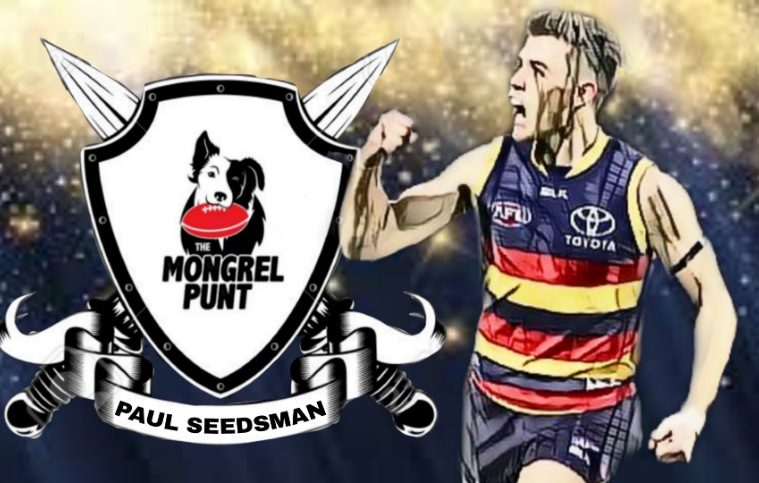 2021 Wingman Of The Year – Paul Seedsman

For a while in 2021, there were legitimate challengers to the mantle of best wingman in the game.

Karl Amon and Hugh McCluggage both loomed as potential suitors for the title of Mongrel Punt Wingman of the Year. Both had their moments throughout this season; both had period where they looked as though they were untouchable in the role. Amon was on fire in the latter half of the year as his run and carry helped the Power rally and push into the top four, and McCluggage delivered a ripping start to the year before starting to split time between the wing and the middle.

However, as the season progressed, it became more and more apparent to those taking notice that there was only one man worthy of the title.

After a season where he displayed the type of consistency coaches love, Paul Seedsman of the Adelaide Crows is the number one wingman in the game.