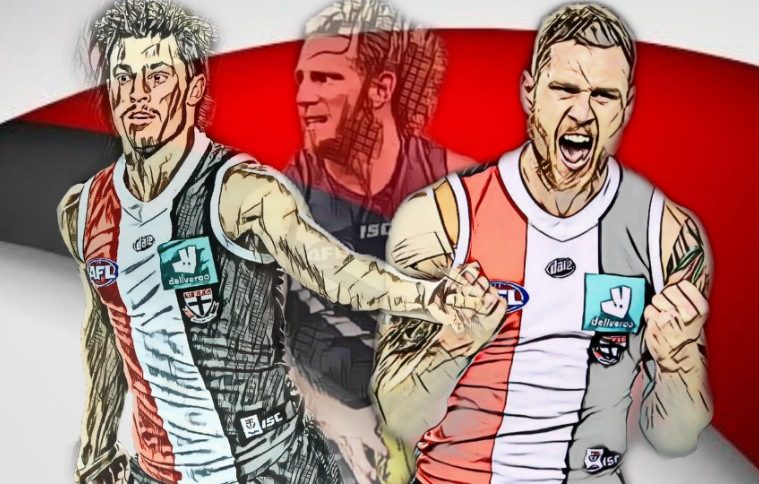 To kick off the last day of the regular season, Fremantle went into this clash with the Saints needing to win to keep their finals hopes alive. St Kilda only had pride on the line. The teams have some history, as one of their prior meetings in Tassie was dubbed the infamous “sirengate” game. There were some siren issues in this game as well, however, that was only because a few Fremantle players mustn’t have realised the game had begun.

St Kilda put on an absolute clinic, blowing an insipid Dockers side out of the water and punching Essendon’s ticket to finals football. Fremantle simply could not adjust to the conditions, nor rely on crowd factors to lift them like last weekend’s crucial derby win

St Kilda led from siren to siren, winning the contest 107-49 finishing their season in 10th position, whereas Fremantle will be ruing the missed opportunity with their season on the line. Fremantle did suffer from some inaccuracies, booting 6.13, however, they were outworked especially after half time.

Gameplan
Early on when the game was close, Fremantle looked to attack the Saints with run and carry through the midfield, whereas their opposition employed a short kicking, controlled style of play. Once the Dockers pressure dropped away, they were shredded like horrible parmesan. Fremantle suffered from horrific ball entry in their forward 50, opting for the long bomb approach, which, despite having Treacy, Taberner and a resting ruckman up forward as tall timber, the Saints feasted on. The Freo talls were largely making up the numbers.

St Kilda, meanwhile, opted for a direct scything attack, which regularly started from defensive 50, running in waves once Fremantle over-committed numbers to the ball, turning it over in the clinches. Fremantle managed only two fewer inside 50 entries, but could only muster 17 shots on goal, Saints took 24.

The Former Giant
The name “Cooper” has been synonymous with St Kilda over the past few months, however, today arrived a new hero. Cooper “Scooper” Sharman in game number five was opposed to Alex Pearce, and he gave him an absolute pasting. Just like his captain, he was originally a Giant, however was selected with the second pick in the mid season rookie draft, as GWS did not select him as a rookie or academy pick.

Sharman feasted on the wide-open space he was provided and the clean ball use his midfield could supply. Pearce is no slouch, however, he got caught ball-watching a lot, and the times he did have touch on his opponent there was hardly anything he could do. 12 possessions, 4.1 and a whopping four contested marks (five total) in an incredible performance from Scoops.

The “Tag” And Steele Resolve
Early on, Freo coach Justin Longmuir sent Bailey Banfield to Jack Steele, and he got right under the Saint superstar’s skin. Steele was getting agitated by the close-checking tactics of Banfield around the ground. The strange thing was that Banfield started at half-back, would charge the square then complete the handover in general play. Steele feasted on the ball inside, accumulating eight disposals and three clearances in the first quarter.

The move of not having Banfield on him from the bounce itself was strange, and only Dan Butler took exception to it, throwing Banfield down once and also bumping him off the ball. For his part, Butler may have thought that was the best way to get involved as he had only four touches in the first half.

With the game on the line and Steele being an imposing figure, the option was right there in front of Longmuir to tighten the screws on Steele and try to wrestle his season back. However, he decided to throw premier midfielder, Andrew Brayshaw head to head with Steele, which the St Kilda skipper not only feasted on, but the move completely negated Brayshaw for the rest of the contest.

Serong So Strong
Fresh of his commanding derby performance last weekend, Caleb Serong stepped it up a gear today. He showed real resolve in this game, fighting when the chips were down, and it showed he was not just a one way player. With Brayshaw deployed to Steele later in the contest, Serong took the game on once he was given license to roam, showing off his undervalued core strength breaking tackles and working the ball forward at any cost. 35 disposals, ten contested possessions, nine clearances and seven inside 50’s. As his team started to fall off, he lifted, trying to get his team to go along with him.

Marshall And The Bleek Meek
For clarity, the situation turned “Bleek” once Darcy went down, not the performance of the inexperienced backup.

Sean Darcy has compiled an excellent body of work in 2021. Though his body has been falling apart, he just keeps on keeping on. In 2021, a big narrative of St Kilda’s ruck situation surrounded Rowan Marshall, and namely not what he could do, rather what he couldn’t do without Paddy Ryder in the side. Darcy was clearly hampered from (what looked to be) a recurrence of his PCL strain that had kept him sidelined for periods of this season. Marshall was able to expose Darcy’s limited movement around the ground and in the air had. The young Freo star had a presence at ground level, however was sent forward after half time, and the job was left to Lloyd Meek. Darcy battled on, but he showed a growing tendency to look to fight out of a tackle and fire out a disposal out (no matter the direction) when taking the tackle and causing a stoppage was the smarter option.

Meek, like Darcy, managed to best Marshall in the air, however, was out of it once general play began. Meek had a game high 24 hitouts, but had eight clangers from his eight disposals and also four turnovers. He looked a bit unsure of the game speed, and often would try to take on the first tackle with raised arms, yet got caught multiple times holding the ball.

A Long Day At The Office
There were some really good passages of physicality in this contest.

Despite not kicking a goal, I think Ben Long had one of the most impactful five disposal games in a while. Long was like a heat-seeking missile off half back, routinely putting body on the opposition. He nailed Andrew Brayshaw with a rib-tickling tackle after he copped a hospital handball from Hayden Young, which forced the Docker from the field for attention. Long also showed great nous for bodying up his opposition diverting them off the line of the ball – he is amongst the best in the competition at that, and I would love to see him get some more midfield minutes in the coming seasons, as he could prove a real asset to the engine room.

He showed tremendous courage, attacking a ball with the flight, only to be wiped out , albeit fairly, by a charging Luke Ryan.

Brett’s Blast: Liam Henry
This isn’t necessarily a negative call-out, yet I just expect more from the silky-skilled Henry. He looked very passive, only turning on the jets once he was goal side. He needs to have a massive preseason in gearing up for 2022, as he will able to be more dangerous if he is able to add some repeat efforts to singular sprints. He will be a permanent fixture in this 22, especially due to the Dockers exerting as much pressure as an old fella at the urinal.

Quick Takes
Very good outing from Mitch Crowden. He is the type of player every successful team requires – he just burrows in and gets the job done. Was a factor especially through midfield after halftime.

Despite his battle-worn body, Dan Hannebury offers some direction to the Saints structure upfield, and provides cover for the likes of Zak Jones when they charge forward.

Jack Bytel had a really outstanding game through the midfield, often putting the clamps onto David Mundy, limiting the impact of the ageless wonder.

Sam Switzowski was subbed out at halftime following what looked to be a hip flexor injury, chasing down Jack Sinclair and causing a turnover which Fremantle duly converted. Banfield crashed into Jimmy Webster on the wing to break up a 2v1 contest, that got Liam Henry off and running inside 50, which he converted truly

I haven’t really mentioned the St Kilda defence, as the Fremantle entries were absolutely tailor made for the likes of Webster, Coffield and Howard to do as they pleased.

Fremantle need to add a bit of Mongrel to their midfield. A bigger body that can protect Brayshaw, as Fyfe will likely start to split time in the forward line next season to prolong his career. Perhaps out of favour midfielder, Sam Powell-Pepper will be on the wishlist in the offseason.

Travis Colyer played his guts out, never stopped on the outside and looked dangerous all game. Unfortunately, it seemed as though he was always undone by something out of his control, be it a poor bounce or teammate decision.

Tim Membrey is the most versatile key forward in the game. Perhaps he can transition to a wing A’la Matthew Richardson to free up more space for King and a resting ruck next season. Despite St Kilda missing finals, they have a lot of options, I expect them to make the big dance in 2022.

The evasiveness in close of Andrew Brayshaw is extremely special, time and time again he managed to evade a tackler from the blindside, sensing it and shimmying past.