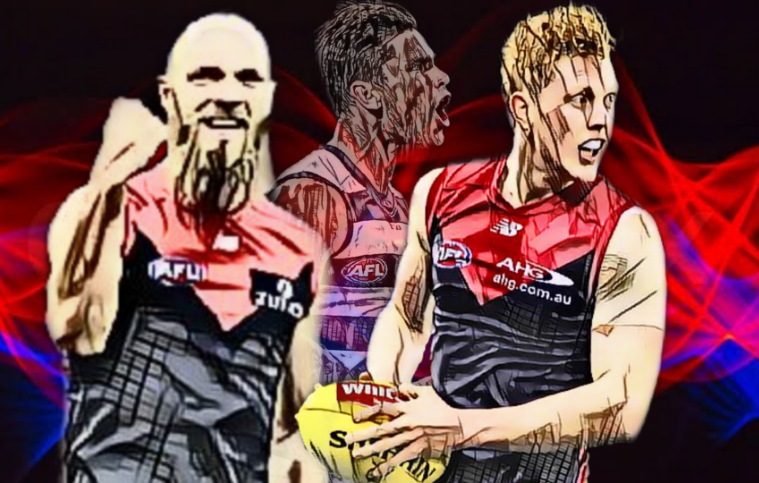 So at half time of this game my only question, posed to fellow Mongrel/Cats man Nick Sluggett was ‘how on god’s green earth do you write an impartial review?’

After a quarter of some of the best football you’re ever likely to see, it seemed the only worry for Geelong was where they would play the Lions next week, after their incredible win over West Coast earlier in the evening. By the end of the game, that question still stood, only in reverse. After kicking eight goals in the second quarter, Geelong managed just two more for the game, and Melbourne managed to run over the top to secure their first minor premiership since Robert Menzies left office. To be self-indulgent I’m not entirely sure the standard ‘what happened’ format I employ works for this game; instead, I’m rolling with ‘the moments that mattered’ in a game Dees supporters won’t soon be forgetting.

The first quarter began with both sides seemingly feeling each other out. While it didn’t exactly explode as a match up, there was a sense of underlying tension as Kysaiah Pickett opened the major scoring at one end, before Luke Dahlhaus responded at the other. Clayton Oliver seemed to have brought his own football, and Joel Selwood and Patrick Dangerfield hunted the football with their eyes on the minor prize. Melbourne wasted some fairly gettable chances, Jack Viney’s the worst of the lot, and when Steven May barrelled into the ball and fumbled it over the line, the umpire somehow saw that he wanted to get the ball out of play. Cam Guthrie took the free kick and sent the ball to the top of the square, where Joel Selwood was paid a free for an arm hold. The skipper duly converted, and it seemed the Cats were well in the contest.

Geelong’s issue all year has seemingly been big forwards clunking marks and kicking bags against them. Melbourne’s issue with big forwards has simply been which of them to pick. Ben Brown forced his way into the side through sheer weight of numbers at Casey and, opposed to Mark Blicavs, the former Roo’s mark at full stretch late in the first seemed to spell a warning for Geelong. Melbourne were dominating the clearances courtesy of Gawn and Oliver, and if their big forwards started converting it was going to be a long night for the Cats.

Melbourne look a much better side with Jack Viney in it. A true heart and soul player and former captain, Viney’s grit takes some of the weight off Oliver and Christian Petracca to be more creative. It was the former, though, who kicked the first goal of the second quarter inside two minutes, courtesy of a crumbed handball from Charlie Spargo, and his bender from the pocket gave the Dees what would ultimately be their biggest lead of the game.

To condense this sequence as simply as possible. From the seven minute mark of the second quarter to the nine minute mark of the third, Geelong looked very clearly to be the flag favourite. Nine unanswered goals hammered several nails into the Demons. Steven May looked to have no answer to Tom Hawkins, who opportunistically booted his first from the square, nailed a bread and butter snap from one pocket, crumbed and snapped from the other, and then nailed a set shot in the third to give the Cats a mammoth 44 point lead. Dangerfield’s bomb from inside the centre square was a vintage of the Brownlow Medallist not seen since 2017, then his clearance burst set up Brad Close and an in tight handball out to Joel Selwood gave Gary Rohan his first of the night. In the space of about 90 seconds, Geelong turned what was a close game into almost a blowout, with a 39 point halftime lead having been complimented by some excellent crumbing work from Jeremy Cameron on the line. It was the clearance work that was most stunning, as Dangerfield and Selwood cracked in against arguably the best midfield in the game. Halfway through the third quarter, you’d have been a brave man to bet against Geelong.

Clayton Oliver’s game was extraordinary. In fact, his whole season has been, and he’d be a worthy Brownlow Medallist. It was perhaps no surprise that his impact was limited in the second quarter, with just seven touches. Like a man on a mission to correct that impact, his goal on the run, his first of the night, halfway through the third quarter seemed to steady the ship for Melbourne, at least somewhat.

Soon after, the second-best redhead on the ground, Gary Rohan, iced a nice running passage of play down the wing, running into space on the lead to a perfect pass from Jeremy Cameron and nailing Geelong’s 12th, and final, goal of the night. Chances followed thereafter, but none could capitalise, most blatantly Cameron, who missed a set shot from 50 he’d probably kick more often than not.

It became, once again, and as it was always threatening to be, the Clayton Oliver show. His handball over the top to Harmes, who flicked it on to Pickett, brought the margin back within 40 points. He then managed to hit up Ben Brown in an acre of space and, despite the big man losing his feet, he marked and converted to bring the margin to 33 points. At the final break, Oliver’s statline read 29 touches, a goal and eight clearances; more though, devastatingly was to come.

The last quarter started perfectly for the Dees, as Max Gawn got the ball out to Petracca and then onto the chest of Pickett, who kicked truly to bring the margin within five goals inside the first minute. Then, somehow, Charlie Spargo soccered home a goal from the square inside two minutes. Oliver snapped over his shoulder inside five. Suddenly, a Geelong margin that looked mountainous was back to just 13 points, and clearly, the Cats needed to lift. The issue was, as it has been since Brad Ottens’ retirement, the ruck. Max Gawn was dominant in the last with 11 touches, and the Dees won the clearances so easily that Geelong simply couldn’t get their hands on the ball.

Jeremy Cameron’s snap from the pocket looked a settler, until it crashed into the post. Spargo’s second goal moments before had brought the margin within two goals, and Chris Scott looked as if he had no answers. Bayley Fritsch managed to very subtly block Jack Henry and then nail a goal halfway through the last that somehow brought the margin within a kick. I feel like I’m using the word somehow a lot, here, but there’s not really another word that describes what I witnessed. Melbourne went from looking like kittens to lions, and the Cats vice versa, and when Luke Dahlhaus missed a fairly straightforward chance with nine minutes to play, the game looked perilously poised. Ben Brown pushed a shot wide. Tom Sparrow had a chance to give the Dees the lead but, despite Rhys Stanley not being able to get the ball over the line, it was just a point.

The rest of the game is a bit of a blur, but after Brayshaw was pinged for Insufficient Intent part 2 (2 Insufficient 2 Intent), the game looked iced for the Cats. The ball in the hands of Cam Guthrie, one of the best ball users in the side, on the back flank with thirty seconds to play. All he really needed to do was get the ball down the line to a contest, which he did do except for the fact the contest was about a metre wide of the boundary line. No matter. Geelong could afford to man up and… wait BRAD CLOSE what the flying… oh well I’m sure there’s no chance that the BIGGEST BLOKE ON THE GROUND could be ISOLATED with NO ONE WITHIN FIVE KILOMETRES OF HIM. The only assumption I can make is that with the regional lockdown having begun in Victoria, Geelong were obeying Covid restrictions and letting Gawn have his space so… thanks Dan Andrews for that one, I guess. Gawn kicked truly after the siren, Melbourne finish top of the ladder, and Geelong were on the other end of the stick they dealt to the Dogs earlier in the year.

That’ll probably do me. There’s more to say, plenty more in fact, about the role of Steven May, Christian Salem and others, but I’ve got to wrap it up somewhere. On to the big ones now. Melbourne play Brisbane on what looks like being Saturday night, most likely at the Adelaide Oval although those details remain to be confirmed. It’s a mouthwatering matchup, and though Brisbane just scraped into the top four by the skin of Lincoln McCarthy’s snap, they’re more than a chance against Melbourne, who will go in as favourites. For Geelong, it’s a repeat of last year’s qualifying final, up against Port Adelaide at the Adelaide Oval, with a chance at redemption for last night. It’s a fascinating finals series, with so many storylines to play out.