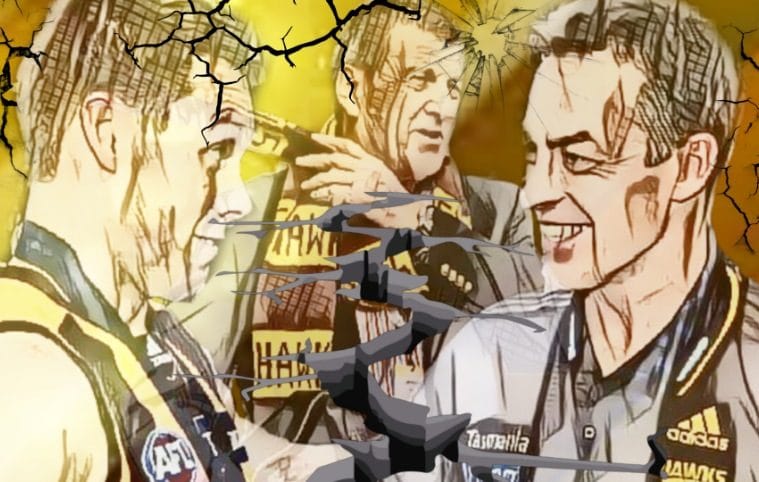 Hands up if you’ve ever been cast in the role of the villain.

At one point in your life, you’re bound to be someone’s bad guy. A relationship breakdown, a falling out with someone who used to be a friend, or sometimes there is someone at work you just don’t get along with. At times you may very well have done something to earn that title, whilst at others, you may just be a victim of circumstance.

This morning at the Hawthorn Football Club, the news that Alastair Clarkson was going to be moving on came as a mixture of shock and… strangely, expectation. People have been discussing for weeks how the transition from the four-time premiership coach to his former premiership captain would work, with many speculating that it simply could not.

Despite the denials and the rebukes, Clarkson and the Hawks have agreed to part ways, over 12 months sooner than the original plan, and like it or not, one of their champion players will be painted by the villain by some. It’s inevitable.