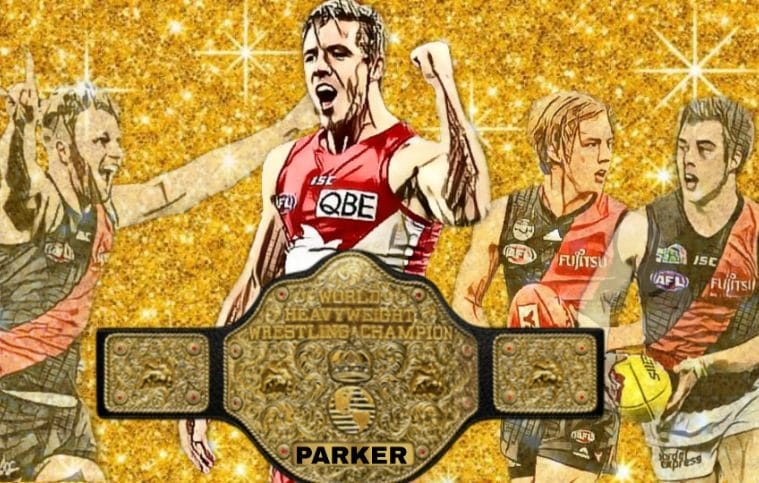 The Swans knocked over the Dockers, and as a result, Luke Parker would have retained his Mongrel Punt Midfield Championship belt… but that’s not how great champions work, is it?

Parker was a vital part of the Swans machine that rolled over Freo, notching 30 touches and a couple of goals as Sydney stayed in touch with the top four.

On the horizon looms the Bombers, and former champ, Zach Merrett coming off close to his worst outing of the year. It’s Luke Parker v Merrett, Parish, and maybe even Jake Stringer as the Mongrel Midfield Championship rolls into Round 20.