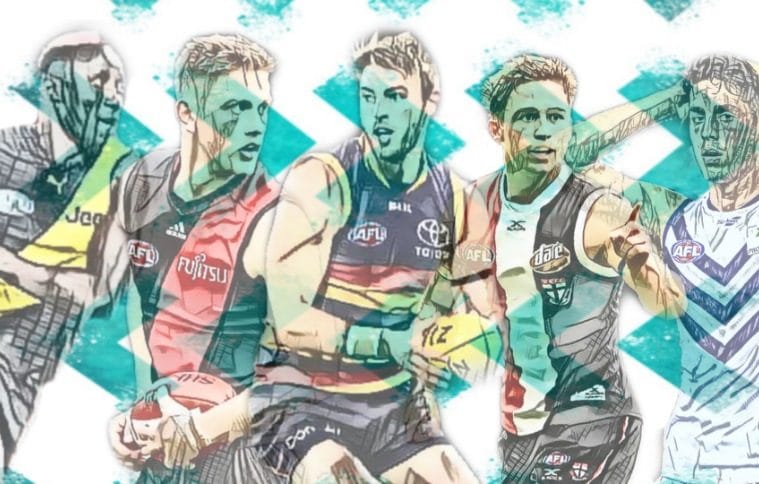 As we head toward the conclusion of the 2021 AFL season, and all the madness surrounding it, it is difficult for supporters of some clubs not to eye off the trade period and free agency as an avenue to improving.

Sure, some teams are quite a way removed from contending for finals, but there are some that are in the mix right now, and though they may fall short, success may not be too far away.

But who should they realistically target to bolster their ranks? And who are they at risk of losing in the process.

The Mongrel takes a look at the situation, four clubs at a time. This time round, we look at Freo, West Coast, Gold Coast and Essendon. Who is on the market, and who would be the best fit for them in 2022?

This content is for our Inner Circle Members – it is in place of the fortnightly player ratings this week. The Inner Circle Members also receive our Defensive Player of the Year columns, X-Factor Rankings, additional content in our Mongrel 50, as well as all the tier one content as well – wingman rankings, Midfielder championship belt, early access to Good, Bad and Ugly reviews, plus standalone columns. Wanna join them?