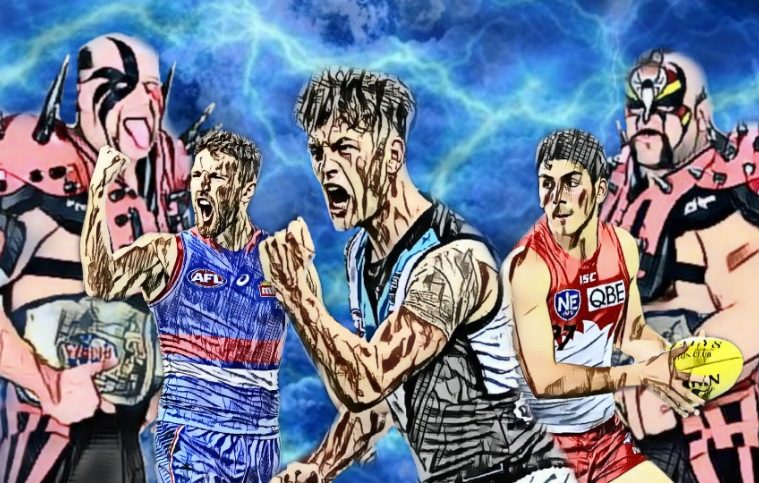 Forced onto the road again, the best travelling team in the AFL pulled off another win – their eighth of the season, which is just incredible.

Port Adelaide sit atop the Mongrel Punt Road Warrior Ladder, but there is a hungry team from Sydney looking as though they could make a run at top spot.

With another win on the road, Port stand alone at the top of the Road Warrior Ladder. It’s funny – I hear so many people whacking this team, using terms like “flat track bullies” and so on, but winning away from home is not easy, and Port have done it seven times this season.

The Swans are coming home like a train, however, and given the situation in Sydney, will get plenty of chances to pick up points away from home. They could be the main challengers to the Power over the next month of footy.

Oh look… I’m writing this section with the knowledge that in 12 hours, all this might be thrown out the window. No need to tell me I’m wrong – I’ll update it as soon as I get time.

SYDNEY and ESSENDON @ The Gabba

This fixture is a mess, but should it pan out as expected, we could see some movement at the top. The Power have the chance to extend their lead, but a loss to the Suns, and  Swans win would see Sydney hit the top spot. The Swans’ point differential in their wins is huge, so all they’d have to do is win to swoop in like… well, like a bunch of angry Swans, I guess, and take the number one spot.

The Dees get a chance to move back into contention IF the game against the Suns is at Metricon… and why wouldn’t it be, really?

Meanwhile, those sneaky buggers from GWS have the opportunity to jump into the top four as well.

Once again, Carlton get to stay home, so they’ll retain the bottom spot, irrespective of the result.

PS – in terms of tag teams, on I never really liked was the Midnight Express. That may be because I found Jim Cornette more annoying than entertaining and he was always front and centre when they were present. Found out that Stan Lane is rumoured to be the biological father of US politician, Lauren Boebert, but has never taken responsibility for her.

Old Stan used to get around, huh?