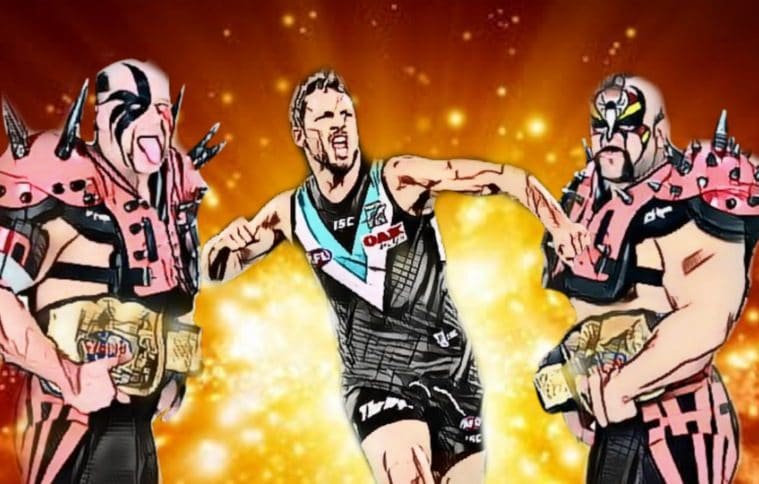 For a team that has faltered at home, Port Adelaide has certainly made up for it on the road.

With a league-leading six road wins in 2021, they surge to the top of the 2021 Road Warrior Ladder with a win over the Saints in Melbourne.

Port Adelaide are now the standalone team at the top, but the real mover has been the Swans, leaping into the top four with their fifth interstate win over the season.

The Essendom v GWS game has no venue selected at the moment, but no doubt it will be played away from home for both = four point game.

The Swans could cement their season as a bloody excellent one with a win over Freo, and given their huge point differential, could be top of the ladder after  this round.

Port are playing at home, so they’ll be stuck on 24 points.

Carlton again don’t get the chance to pick up any points, so they’ll be bottom after R19 irrespective of what else occurs.

PS – while you should all know the Road Warriors by now, what did you make of Demolition? It kind of annoyed me when the commentators called LOD “Demolition imitators” back in the day… but I guess that’s what that line was supposed to do. Anyway, both teams were far superior to the Powers of Pain, but the Warriors were miles in front of Demolition, who looked like Wish knock offs of the Legion of Doom.