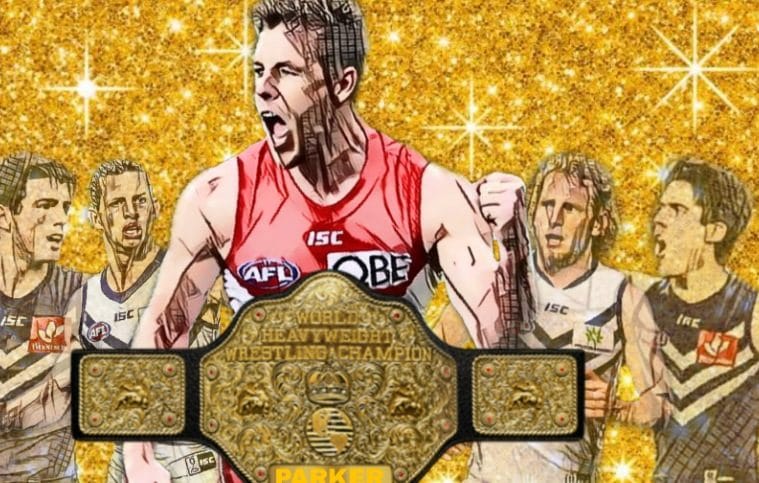 I guess I am not a nice person. “Uncharitable” might be a good way to term my behaviour this week.

You see, when I started the Mongrel Midfield Championship Belt, I did it with a hard and fast rule in mind – the title must be defended every round except for the bye rounds. If a team has a bye, the champ can hold onto the title for another week. If not… it must be on the line.

Twice in our history prior to Round 18, the title has been forfeited due to injury, or the champion being unable to play. It is now three times.

Due to possible covid exposure, champion, Callum Mills was unable to take part in the game. And as much as I like Callum, and enjoyed his title win over Jack Macrae… I’m not a bleeding heart, and the rule stands – if you don’t play, the title forfeits. Mills is no longer the champion as a result. The belt was still on the line in the Swans v Giants clash – vacant for the best midfielder on the winning team to take home.